Download Picture of Blank Sudan Flag For Kids to Color   Introduction There is also a green-colored trigon near the mast. White, red, green, and black – these four colors are… 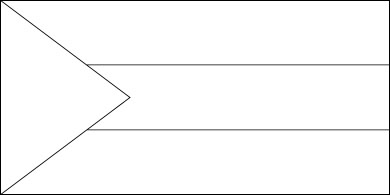 Download Picture of Blank Sudan Flag For Kids to Color

There is also a green-colored trigon near the mast. White, red, green, and black – these four colors are named as pan-Arab colors, and they are traditionally associated with inhabitants of the Arab world and Islamic faith for hundreds of years. The colors symbolize harmony and freedom in the Arab world.

The red band stands for Sudan’s battle for liberation and various other conflicts, and the loss of lives of the valiant fighters of the nation.

The white color is the symbol of harmony, brightness, and hope. In addition, it symbolizes the White Flag League, a patriotic faction which rebelled against the settlers in 1924. The black color is the symbol of the country itself; “Sudan” stands for black in Arabic language. The color also symbolizes the black ensign of the supporters of independence who struggled against the settlers at the time of the Kimokino rebellion in the latter part of the 19th century. The green color symbolizes Islam, the growth of the territory, and cultivation.

The flag of Sudan was officially approved on May 20, 1970. The layout of the ensign has been conceptualized on the Arab Liberation ensign used by Iraq, Egypt, Yemen and Syria, which utilizes a subcategory of the Pan-Arab shades where the green color is not so important. Before the army coup d’etat of Gaafar Nimeiry in 1969, a layout with three colors (yellow, blue, and green) was in force.

In 1881, when the Mahdist Rebellion initiated, the Mahdi Muhammad Ahmad nominated Abdallahi ibn Muhammad as one of the four Khalifas (also called as caliphs) and passed on a black flag to him. Ibn Muhammad utilized this black ensign to deploy Baggara Arabs and other clans from the western parts of the country. Other types of ensigns with varied shades were used by the Khalifas. The black parallel band in the contemporary tricolor of Sudan is a characterization of the black flag of the Mahdist period.

Between the period of 1899 and 1956, the United Kingdom and Egypt governed the country together in the form of a condominium. It did not use any official banner; as an alternative, the Union Jack and ensign of Egypt were hoisted in concert all the time and the Union Jack had priority. An ensign was there which was used as the official flag of the British Governor General of the country. Similar to the other rank ensigns for administrators and rulers of overseas dependencies of Britain, the flag comprised a Union Jack charged with a white circle carrying the insignia or symbol of the region, bordered by a garland of laurel. Since no emblem or insignia was there for Sudan under the British and Egyptian control, the circle incorporated the expressions “GOVERNOR GENERAL OF THE SUDAN”.

Once it achieved freedom from the UK and Egypt on January 1, 1956, Sudan assumed a flag with three colors (yellow, blue, and green) as the official ensign. It was used until 1970, when the contemporary ensign was approved. The blue color symbolizes the River Nile, the yellow color stands for the Sahara Desert, and the green color represents cultivated land. The colors were selected since they were unbiased among political groups and tribal communities.

Where is Sudan Located

Where is Sudan Located