Brno City is the second – largest city in the Czech Republic and is divided into 29 city districts. The city was officially founded in 1243, though the region had… 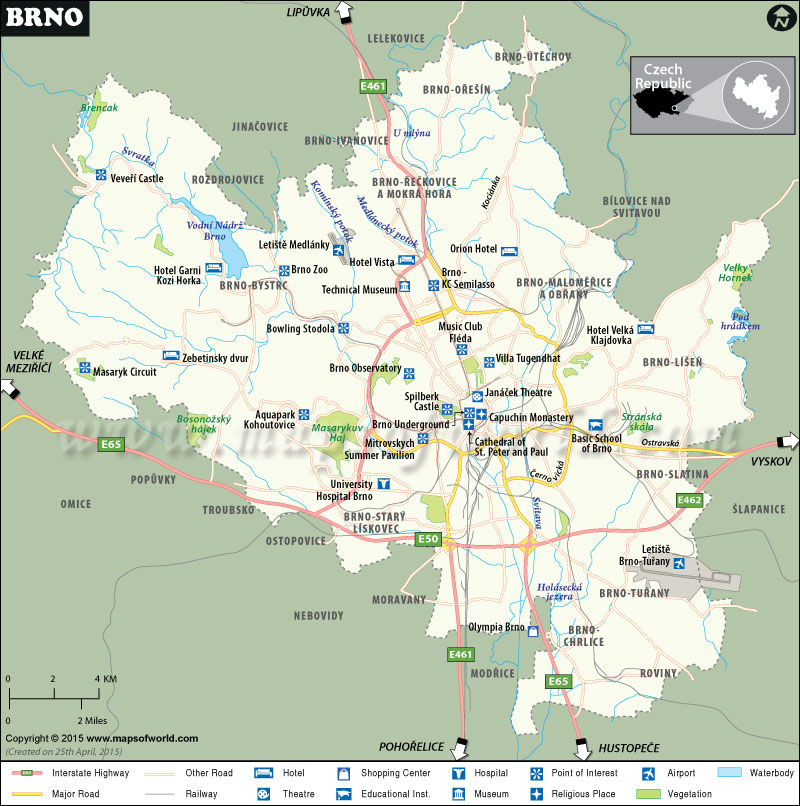 Brno City is the second – largest city in the Czech Republic and is divided into 29 city districts. The city was officially founded in 1243, though the region had human settlements as early as in the 5th century.

Situated on the concourse of Svratka and Svitava rivers, Brno city covers an area of 230.2 square kilometers or 89 square miles. The pleasant climate of Brno, all year round, owes itself to its convenient geographical location. The city is cocooned amidst the southern Moravian lowlands and the Bohemian-Moravian Highlands with a picturesque backdrop of wooded hills. It is part of the Danube basin and lies at 16°34′ East longitude and 49°12′ North latitude. The Buchlov castle, Jevisovice castle, Bitov castle, numerous ornate bridges, the Breclav church, Lednice and Kninicky Dam Lake are popular places of recreation and tourist interest.