Home > The Gambia > Gambia on World Map
The Gambia

The Republic of The Gambia is a country located in West Africa, surrounded on three sides by Senegal, and bordering the Atlantic Ocean on its west. 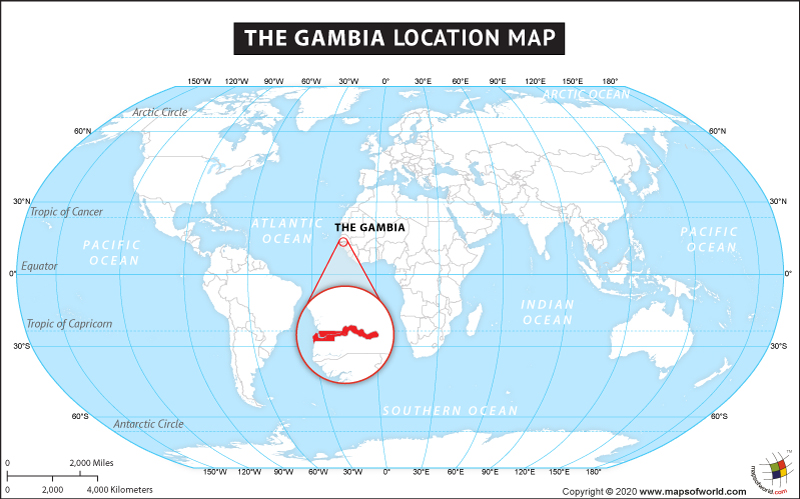 Description : Map showing the location of Gambia on the World map.
0FacebookTwitterPinterestEmail

Where is The Gambia ?

With a latitude entirely between 13° and 14°N, The Gambia is a narrow country not far from the equator. The Gambia has five main and one city: Lower River (Mansa Konko), Central River (Janjanbureh), North Bank (Kerewan), Upper River (Basse), Western (Brikama), and Banjul, the capital city.

The neighboring countries of Gambia are :