As one of the oldest cities in Lithuania, Kaunas has been the seat of civilization since the 12th century. At present the city is inhabited by an approximate population of 415,700… 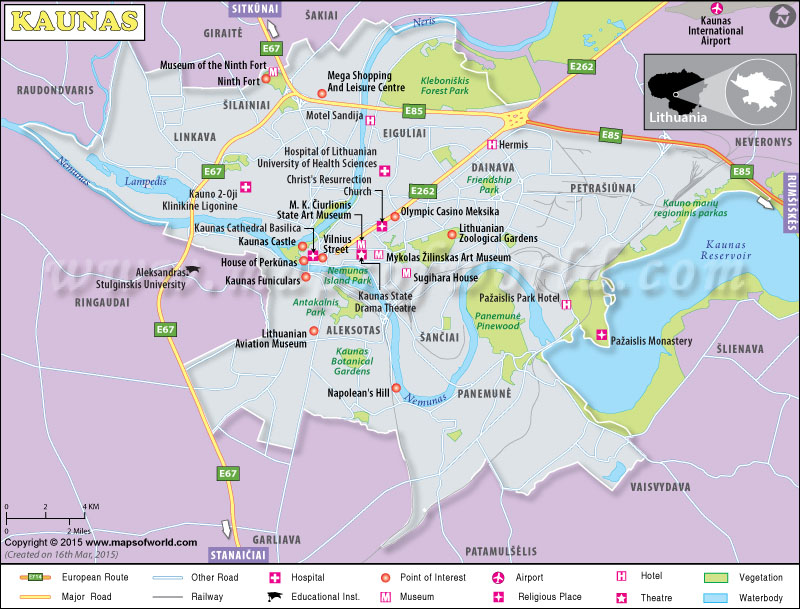 As one of the oldest cities in Lithuania, Kaunas has been the seat of civilization since the 12th century. At present the city is inhabited by an approximate population of 415,700 people and is the second largest city in Lithuania.

The city occupies a crucial position as it located almost at the heart of Lithuania. The city is located in close proximity to the meeting point of the two chief rivers of Lithuania, Neris and Nemunas. The Lithuanian capital of Vilnius is just at a distance of 100 kilometers from the city. Klaipeda, the chief port of Lithuania is at a distance of 250 kilometers from the city. The importance of Kaunas can be gauged by the fact that it was Lithuania’s provincial capital for a couple of decades. A unique feature of the city is a section known as the Kaunas Old Town. A series of architectural marvels are scattered throughout the length and breadth of the city. These monuments and the beautiful landscape of the city are primarily responsible for the development of the city as a tourist hub. Kaunas city’s economic base is strengthened by its industries. The industrial growth has been facilitated by a developed infrastructure. The city is situated at the cross section of a couple of transport axes and is thus a transport center.