In what countries are people still living in dark? - Answers 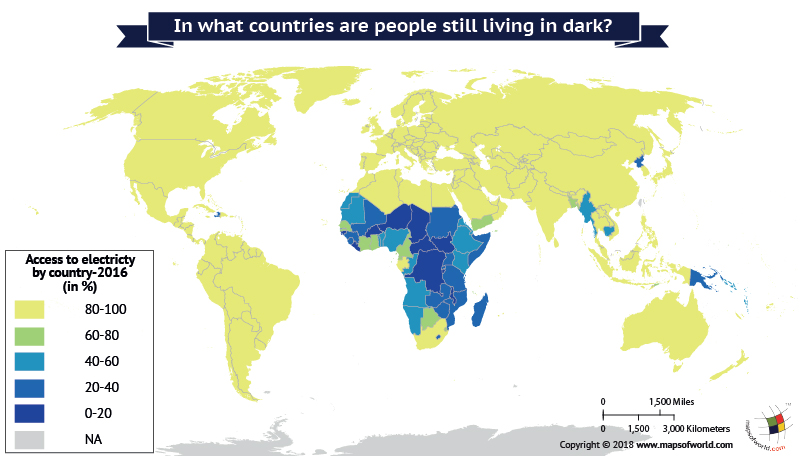 Access to electricity is one of the many parameters for achieving sustainable development. Countries around the world have strived to provide their populace with this basic necessity, there are many nations where a substantial part of the population still does not have access to electricity. Devoid of electricity, these areas can become highly uncompetitive.

According to a 2016 World Bank data, the European continent is the most well off, where 100% of the population has access to electricity according to the World Bank, International Energy Agency, and the Energy Sector Management Assistance Program that jointly release the report. As per the report, between 2000 and 2014, there were advances in electrification, with the global electricity deficit declining from 1.3 billion to 1.06 billion. At the same time, the global electrification rate rose from 77.7 percent to 85.5 percent—covering additional 1.4 billion people mostly in urban areas.

Here is a table representing the percentage of the population that has access to electricity.