Who are the top 10 wealthiest royals of the world? - Answers 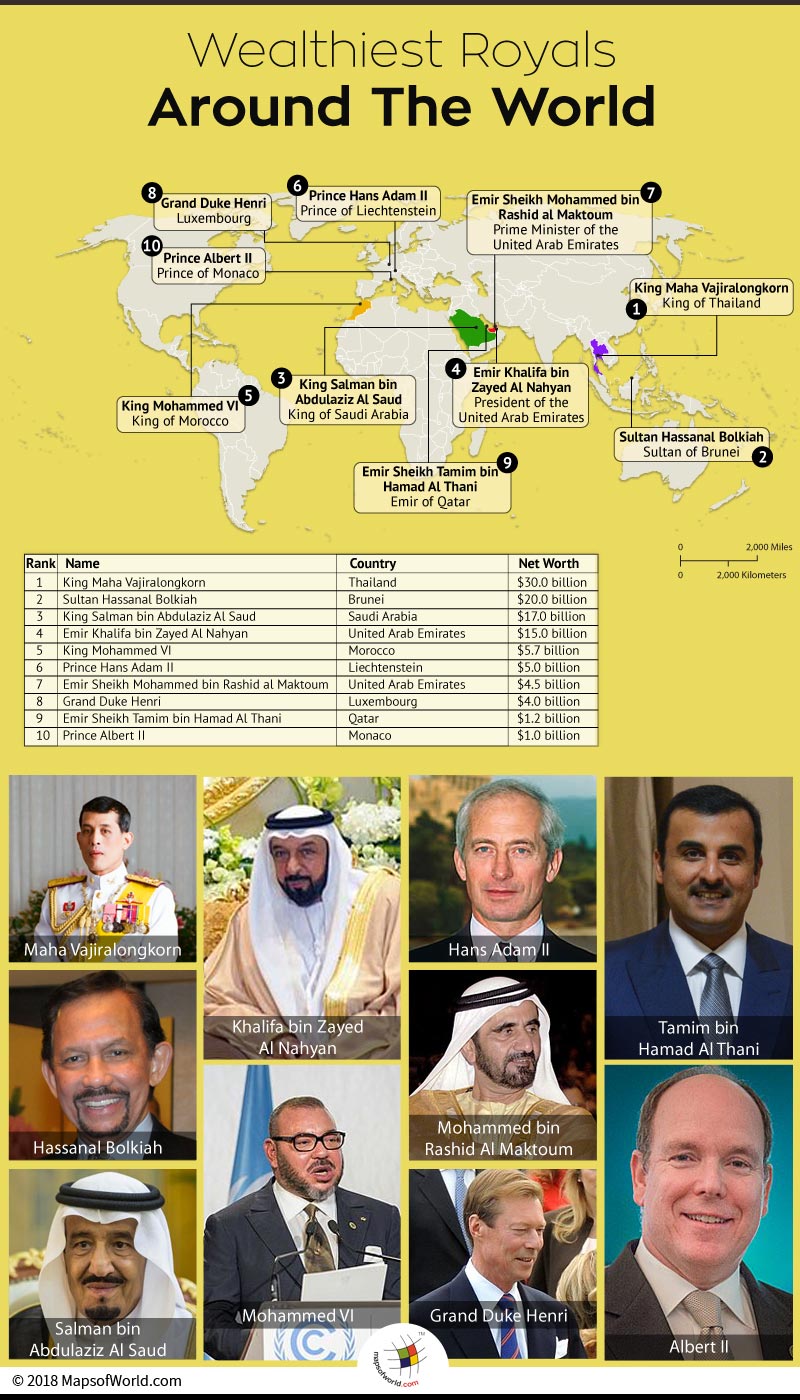 The 21st century witnesses the spread of sovereignty and democracy, yet monarchies are playing a significant role in the political and social landscape of different parts of the world. A total of 28 monarchies are prevalent across the world, ranging from the absolute monarchies such as Vatican City, to the constitutional democracies, like in most of the European nations. These are passively employed in the political roles as well as shape the work in the arena of soft power and diplomatic relations.

An imperial family is associated with the immediate family of an emperor or empress. However, in common parlance, members of any family which reigns by hereditary right are referred to as ‘royals.’ They engage in day to day activities of diplomacy and showcase cultural values of the nation rather than exerting power through coercion and payments.

These engagements include hosting heads of state, opening sessions of parliament, attending award ceremonies, diplomatic trips, approving and looking over matters of governance, presenting titles of honor and maintaining the nations fortune of wealth.

Though the autonomous powers are curtailed by national constituencies, and diminished their exercise of hard power, the power to persuade, unite, inspire without the threat of punishment has increased. The play more than one role in the global politics and social realms.

The  top 10 richest royals  around the world are: