What countries have the highest rate of female financial inclusion? - Answers 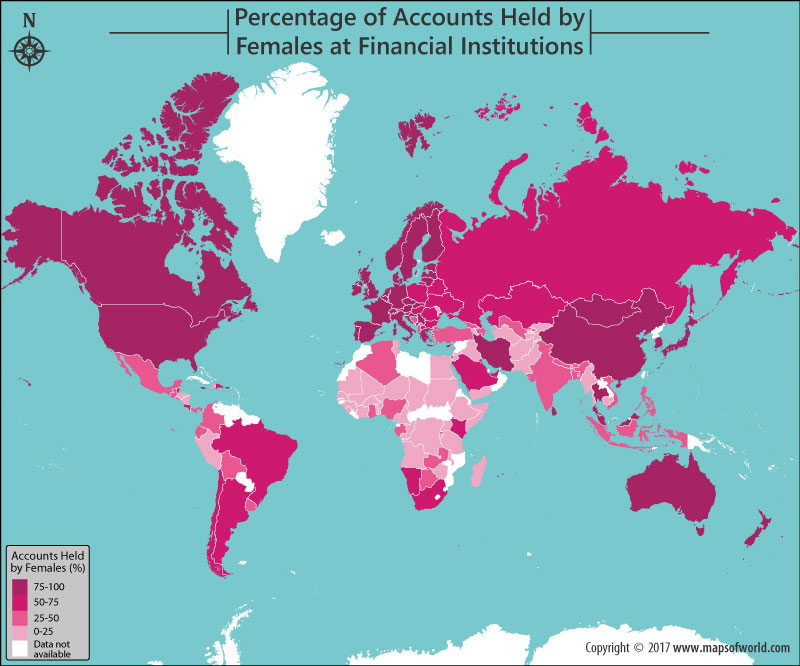 Governments around the world are working towards empowering women to participate fully in all spheres of life. Positive steps have been taken in this regard by reserving seats in the parliament as well as providing them better educational and health facilities; but, is it enough? In promoting women’s empowerment it is critical that their financial independence is getting taken care of and this is possible only if they have access to finance. In some countries, 100 percent of the women aged 15 and above have an account at a financial institution; meaning every female in these nations is financially empowered, while in others the situation is so bad that less than two percent of women have access to an account at a financial institution. And, not many countries meet the 100 percent mark.

According to the World Bank data of 2014, only three nations in the world were able to meet the 100 percent mark. The three Nordic nations of Denmark,  Norway  and Finland were the nations where 100 percent women, aged 15 and above, had an account at a financial institution. The European nations formed the bulk of those where 90 percent and above women had an account at a financial institution. The only non European nations in this list were  Canada, Australia, Japan, Hong Kong,  United States, South Korea, Mongolia, and Israel.

Meanwhile, standing at the bottom of the ladder were nations such as Turkmenistan, Yemen and  Niger which reported figures of 1.6 percent, 1.7 percent and 2.5 percent respectively.