Who are the top 10 richest women in the world? - Answers 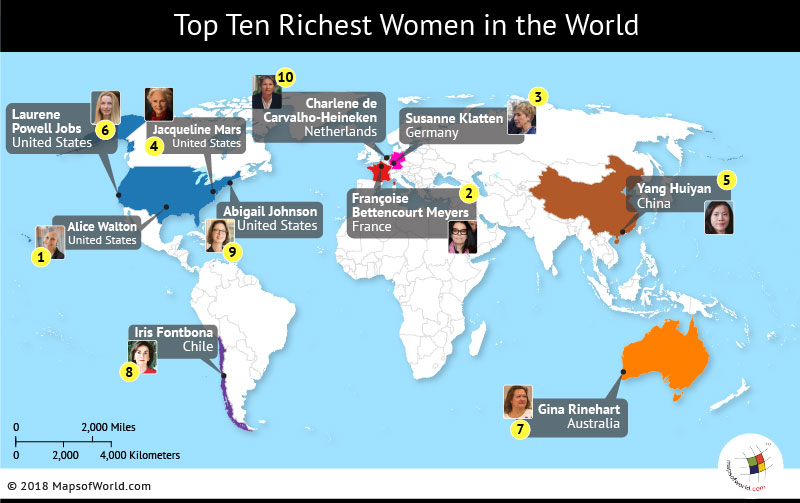 At par with their male counterparts, the world’s richest women have proven all the stereotypes wrong, by making contributions to every walk of life. Proving their worth by putting efforts in respective professions, the wealthiest women of the world have emerged as successful business leaders and entrepreneurs. Some have inherited the ancestral wealth and yet taken their  companies to greater heights by implementing bold initiatives. Irrespective of the source of their fortune, these women are leading example to the generations to follow and a reflection of unfathomable power of leadership.

The top 10 richest women of the world are:

Below lying list mentions the name and details of the top ten richest women in the world: