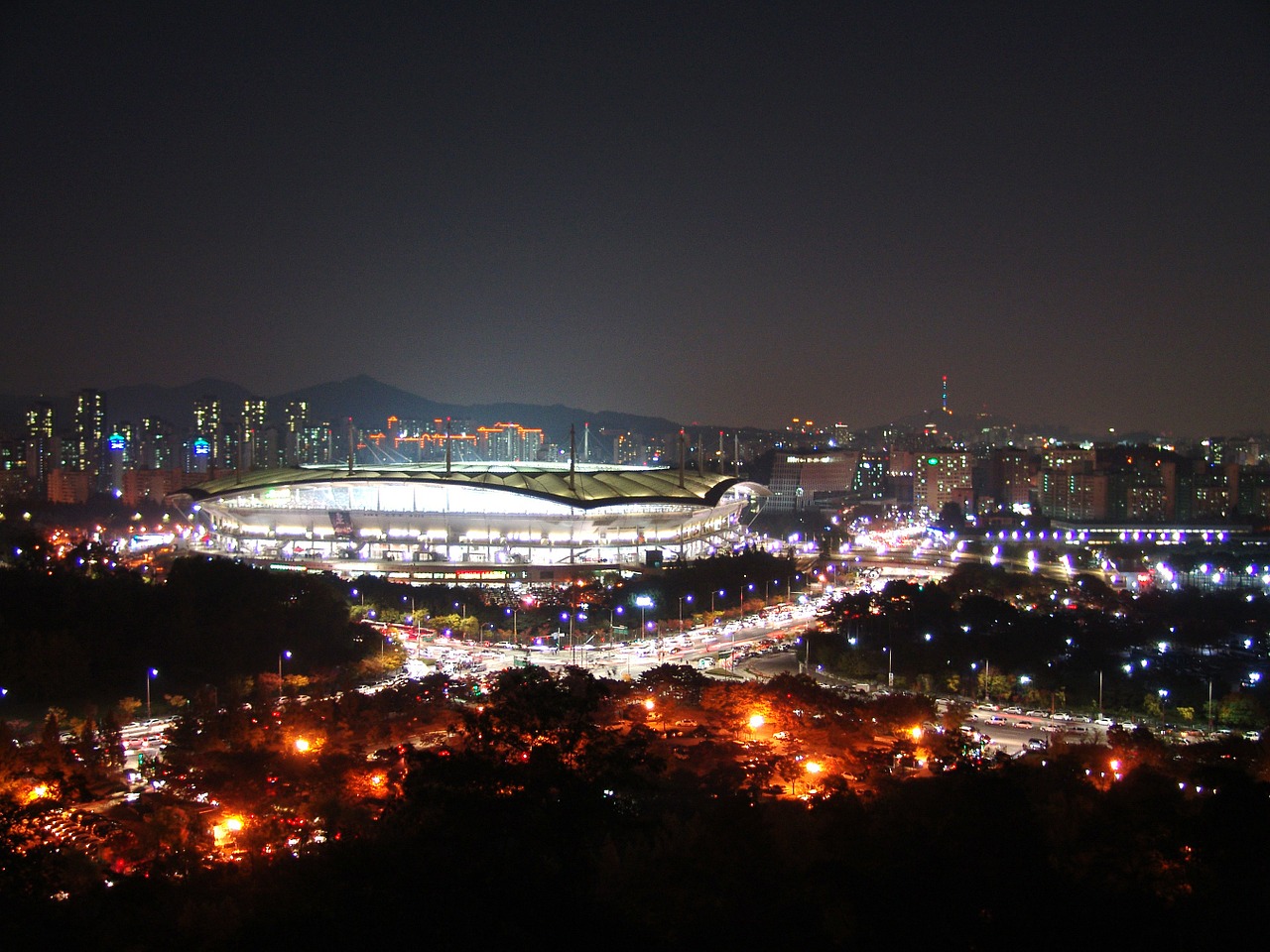 The Seoul World Cup Stadium was constructed between 1998 and 2001 to host the 2002 World Cup. It was inaugurated on November 10, 2001. Besides the opening match between France and Senegal (0-1), the stadium also hosted the semi-final between Germany and South Korea (1-0). In 2003, the stadium was chosen as one of the world’s Top 10 “Best Soccer Stadiums”. In 2004, the stadium found its permanent resident – the Anyang LG Cheetahs who returned to Seoul to form FC Seoul. The Korean kite-shaped roof of the stadium covers about 90% of the seats. There are about 806 VIP seats and 75 sky boxes. The stadium is equipped with large screens on the either side to give the viewers a fine viewing experience.

An array of parks are located near the stadium. Some of them offer the best walks due to the installation of beautiful fountains. During the evenings, skaters can be seen practicing in the parks. Nanjicheon Park, Peace Park, and Noeul Park are the prominent theme parks located around the stadium.

Since the closing of 2002 FIFA World Cup Korea/Japan, the stadium is promoting soccer culture, and conducting cultural events. The stadium has become a famous tourist destination.

The CGV Sangam 10 Cineplex is the very first theater sited inside the sports stadium. There are 10 movie screens and more than 1,800 seats in the Cineplex. With the installation of 3-way Dolby Surround Sound in all the theaters, the visitors are promised a fine viewing experience.

The stadium also has the largest Discount Shopping Mall ‘Homever’ store. The parking area is located in the basement. The first floor is occupied by grocery shops and the second floor has assorted items. You can buy necessities, electronics, and clothing or eat at the food court.

Also Explore >> Things to do in Seoul 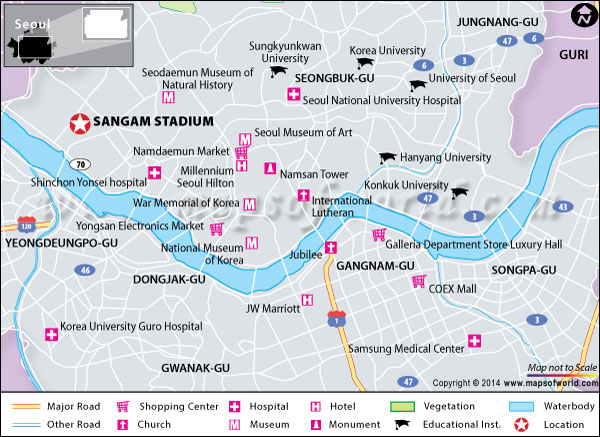 The stadium is sited in the Seongsan-dong neighborhood of the Mapo-gu district. It can be reached within one hour and fifteen minutes from the Incheon International Airport by subway.
Address : 240 Woldeukeom-ro, Mapo-gu, (515 Seongsan-dong), Seoul, Korea

For Stadium tours, the best time to visit is the duration when there are no matches. If you want to spectate matches, check out the match schedule to select your favorite match.

Tickets for various events are charged accordingly. The entry ticket to the stadium for tours cost KRW (Korean Won) 1,000.