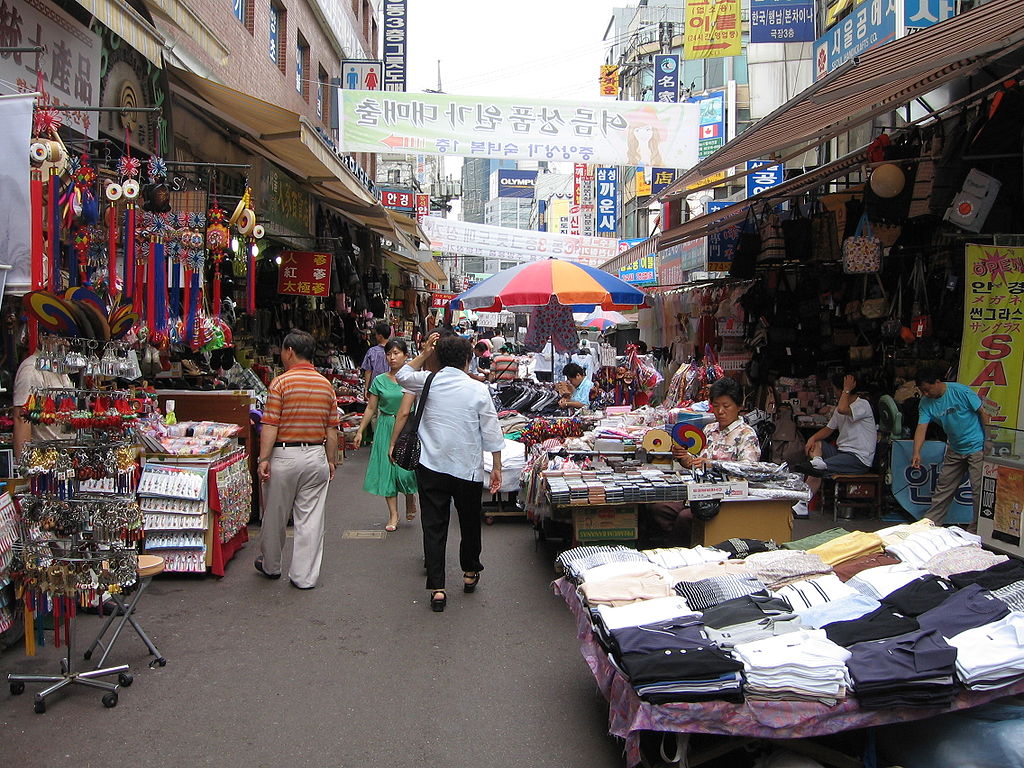 Namdaemun Market is one of the largest markets in South Korea

The Namdaemun Market is located in South Korea’s Seoul district. It is one of the largest markets in South Korea that sells an assorted range of products, including men and women’s apparel, children’s clothes, kitchenware, accessories, and other products. The market is also known as Sungnyemun. Almost all of these shops have their own manufacturing units and thus are able to sell the products at both wholesale and retail prices. As a result, the visitors are able to buy the products at extremely low rates. Visitors from different countries show unique tastes and preferences. For example, while the tourists from the West are inclined to enjoy just the aura of the market, the Chinese are interested in buying clothes and some miscellaneous items, the Japanese are foodies as they like ginseng, gim, and gimchi.

Children wear has captured over 90 percent of the market. You would find children’s dresses, socks, shoes, and T-shirts.
A major part of the market is covered by women’s apparel, including suits, casual wear, clothes for elderly, women suits, etc.

The market pulsates day and night. Restraining yourself from buying things is difficult here. Inexpensive quality goods make you drool over them. At night the wholesalers throng the market, while during the daytime it turns into the retailers haven. The market is located towards the main south gate of the city.

The Namdaemun Market was established during the rule of King Taejong. During the Joseon Dynasty, the government constructed shops around Namdaemun and gave the shops on rent to the shopkeepers. The Japanese took over these shops in 1922 until the Koreans took them back in their possession in 1945. The Seoul Namdaemun Market Co. Ltd. was established in 1954 and since then it has been evolving at a rapid pace.

Also Explore: Things to do in Seoul 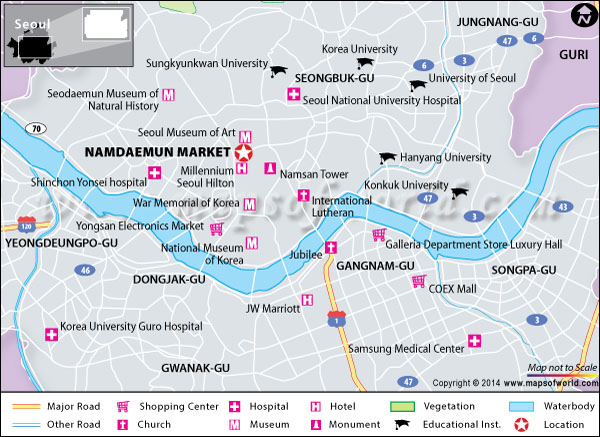 Sited in Seoul’s Jung-gu district, the Namdaemun Market can be reached within 40 minutes to 1 hour from the Gimpo International Airport by subway, bus, and car.
Address : 21, Namdaemunsijang 4-gil, Jung-gu, Seoul

The opening hours vary from shop to shop. It closes on Sundays.

Which are the famous attractions in the district of Jung-gu?
Myeongdong, Namsan, Myeongdong Cathedral, Woori Bank Museum, and Jangchung Gymnasium.