Rwanda political map like other political maps feature the provinces and their capitals, national capital and major cities. The red dot and the white squares on the map of Rwanda… 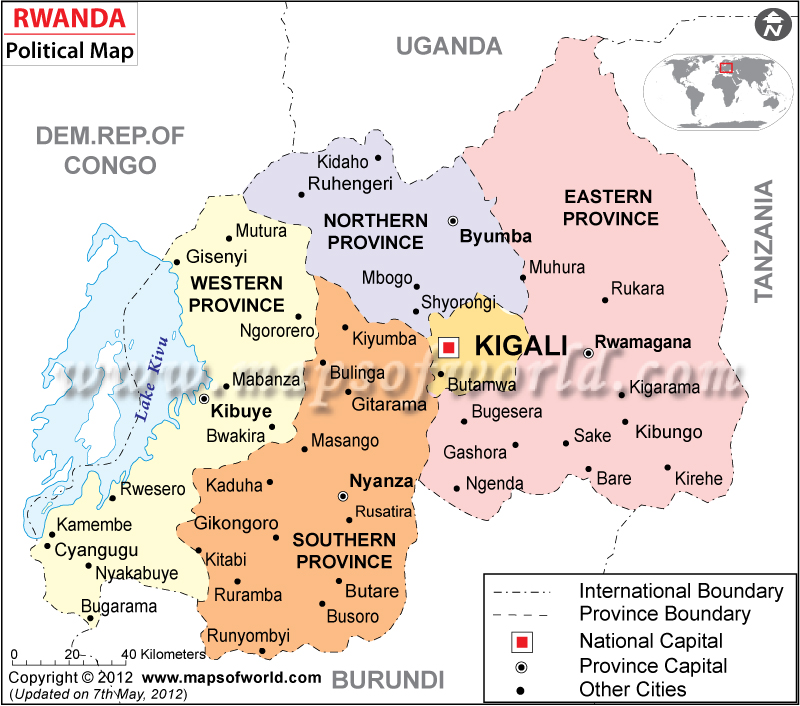 The capital of Rwanda is Kigali and is easily pointed on the map of Rwanda. The geographical coordinates of the city are 1°57’13” South latitude and 30°3’38” East longitude. The altitude of the city is 1567 meters above sea level. The nearby cities and town are Nyamabuye, Kigali, Gikondo, Murambi, Kacyiru, Nyarugenge and Katshuriro. The main airports of the city are Goma, Kigali International and Gisenyi serving as gateways to the city.

Some of the important cities are pointed with black dots on the printable political map of Rwanda. They are listed below:

Where is Rwanda Located