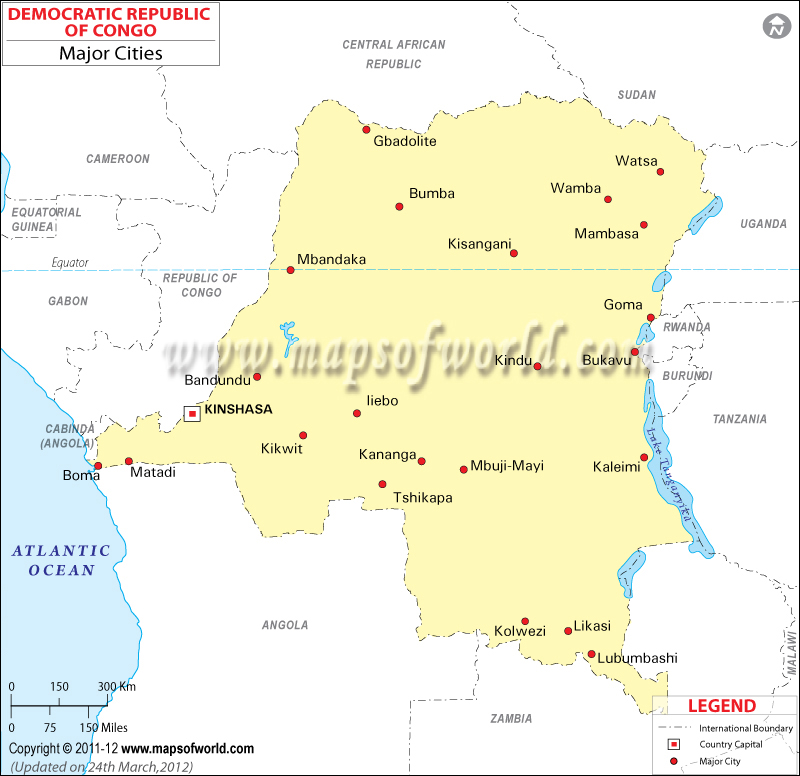 The Cities in Democratic Republic of Congo are the rich baskets of natural resources that made Africa wealthy. There are many small regions in the country, which are evaluated with great importance for their thriving economy and valuable mining products.

Kinshasa is the largest city of Democratic Republic of Congo and the third largest city of Africa. It is located on the southern banks of the Congo River. Kinshasa is a sprawling modern city with residential complexes, skyscrapers and three major universities. Two major attractions in the city are Cite de l’OUA that houses the Government of the Democratic Republic of Congo and Zone de Matonge, the house of Gombe.

Democratic Republic of Congo is divided into various regional provinces, including at least one major city in every area, the provinces are:

The Democratic Republic of Congo Cities are vital producers of minerals and natural resources. Kolwezi happens to be the greatest diamond producer in the entire continent. Kinshasa is a city for tourism since it houses the Sozacom Building, Kinshasa Museum, Hotel Memling, Kinshasa Fine Arts Academy and Stade des Martyrs National Stadium. The fishing port of Kinkole and the Presidential farm of Nsle offer spectacular scenic views. Goma lies in the western part of Great Rift Valley. Natural attractions like lake Kivu and Virunga National Reserve are also a part of the Cities in Democratic Republic of Congo.

Major cities of Democratic Republic of Congo are: