What nations rank high in terms of Information and Communication Technology? - Answers 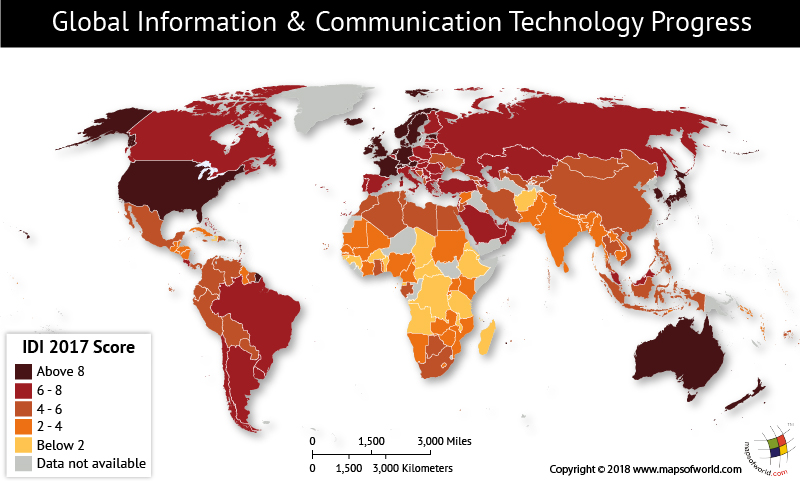 Every year the International Telecommunication Union publishes the ICT Development Index (IDI) which estimates the progress in Information and Communication Technology in numerous countries around the world, based on different indicators, which are grouped between access, use and skill. The Index proves to be an important tool for governments, researchers and many development agencies as it can compare the ICT performance from other countries and figure out where they are lacking or how they can improve.

It is important for a nation to have a good development in terms of communication and information technology, as the modern society relies on it for almost everything. The digital literacy holds extreme significance in today’s world, as only then the country can prosper on a global level.

The 2017 ICT Development Index considers 176 countries, and gives them a score between 0 to 10, where 0 means the worst and 10 means the best. This time around, Iceland emerged at the top position with a score of 8.98 and is followed closely by the Asian nation of South Korea, having a score of 8.85. The European nations, Switzerland and Denmark come next in the list with scores 8.74 and 8.71.

Amid the five major BRICS economies, Russia stood at the top with a score of 7.07, while India was placed at the bottom scoring mere 3.03.

Due to poverty and internal conflicts, many African nations like Mozambique, Madagascar, Tanzania, Ethiopia, Uganda and Chad stand at the bottom of the table, with Eritrea having the lowest score of 0.96.

For a better understanding of how nations fare on the ICT Development Index, refer to the table below.