How many people flying out of these airports this Thanksgiving? - Answers 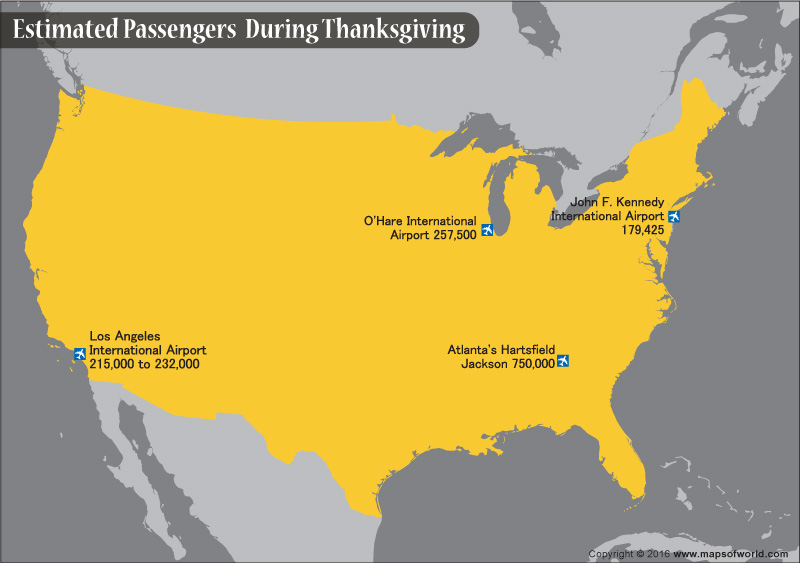 It really gets a bit messy on Thanksgiving Day with people flying from all over the US to meet up with their family and friends or on vacation to some other destination. Overcrowded airports, excited people hurrying to catch their flight and even delayed flights become a common sight on the days leading up to Thanksgiving. If you have made up your mind that you would stay at home and watch your favorite show while seated comfortably on your bean bag, then you are probably one of the few lucky ones. But if you are planning to pack your bags and fly off to meet your near and dear ones, then just take a look at the statistics.

An estimate by the trade group Airlines For America (AAA) states that this Thanksgiving period, some 27.3 million people would be traveling on US airlines. This is a 2.5 percent increase from last year. According to bookings on AAA’s website, the most popular destinations during this Thanksgiving season are Orlando, Las Vegas, New York City, San Diego and San Francisco, while the busiest travel hubs may be Dallas-Fort Worth, Atlanta, New York’s John F. Kennedy International Airport (JFK), Los Angeles International Airport (LAX) and Chicago’s O’Hare.