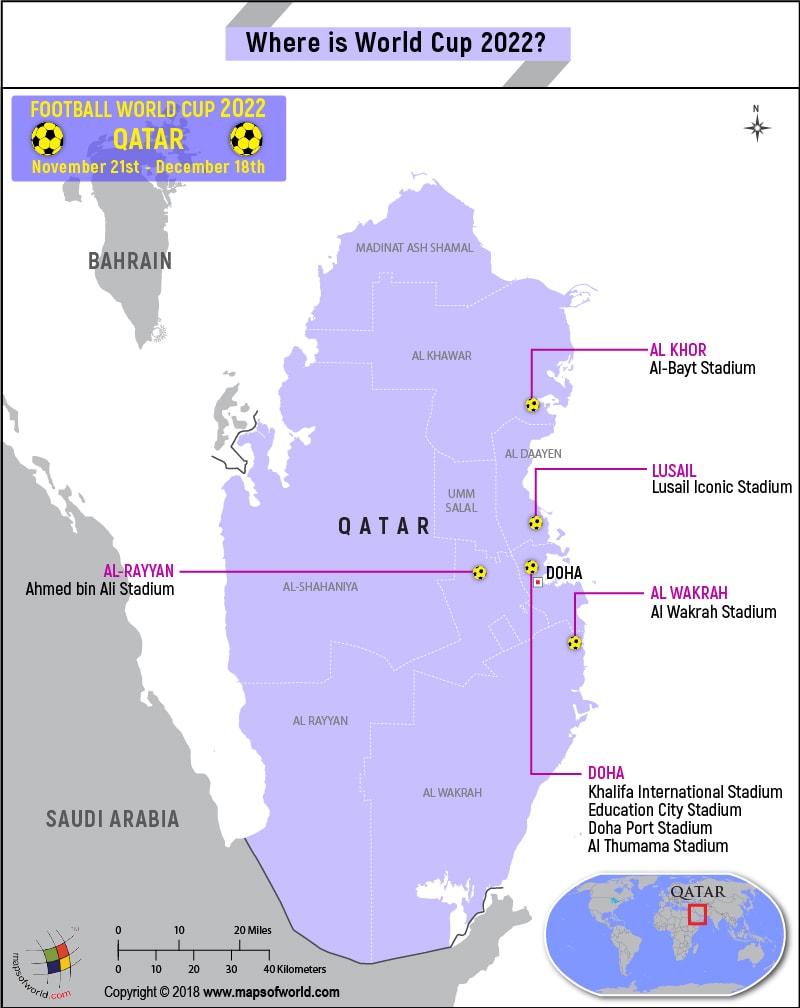 For only the second time in the history of FIFA, the World Cup will be hosted on the Asian continent. It is also the first time that the event will be held in the Middle East and in a Muslim-majority country. The event is scheduled for the months of November and December, unlike previous tournaments, which were held in June or July. The tournament is going to held late in the year to avoid the very hot summers in Qatar.

There will be 32 countries taking part in the 2022 FIFA World Cup. The finals will be held on December 18, 2022, which is also the Qatar National Day.

The qualification process is yet to be completed, however, Qatar has automatically qualified as it is the host nation. Though FIFA is yet to determine the number of stadiums where the games will be played, it is expected that there will be eight venues. These are Khalifa International Stadium, Education City Stadium, Doha Port Stadium, and Al Thumama Stadium in Doha; Al-Bayt Stadium in Al Khor, Al Wakrah Stadium in Al Wakrah, Ahmed bin Ali Stadium in Al-Rayyan, and Lusail Iconic Stadium in Lusail.