What percentage of electricity is generated by oil around the world? - Answers 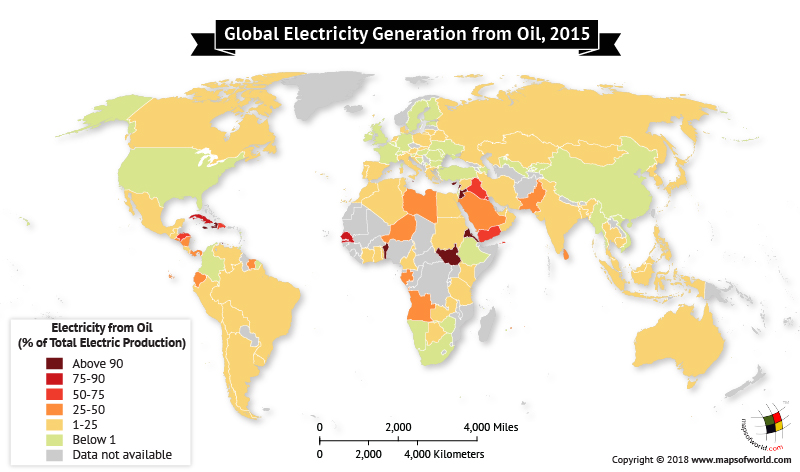 A necessity for mankind, electricity supports life in a way that we don’t even know what life looks like without it. Be it is home, school, office, shopping malls, or any other place, electricity plays a significant role.

In the absence of electricity, our lives would come to a standstill. But have you ever wondered where does our electricity come from? In fact, there are many sources that are used to generate power. Some of these are – solar energy, wind energy, geothermal energy, Biomass energy, nuclear power, and others. Oil, which is a fossil fuel, is also used as a source for electricity. However, in some countries, the use of oil as a source of electricity is quite high, while in others it is minimal.

Countries, where between 1 and 25 percent of the electricity was generated from oil, were Egypt, Japan, Greece, Indonesia, Mexico, Spain, Australia, India, the Netherlands, Canada, Russia, among others. Meanwhile, there were many nations where less than one percent of electricity was generated from oil. Some of these were Germany, the United States, Singapore, United Kingdom, Belgium, Vietnam, China, South Africa, and many other nations.

The table below provides 2015 data on the percentage of electricity generated from oil.