What countries have the highest electric car stock? - Answers 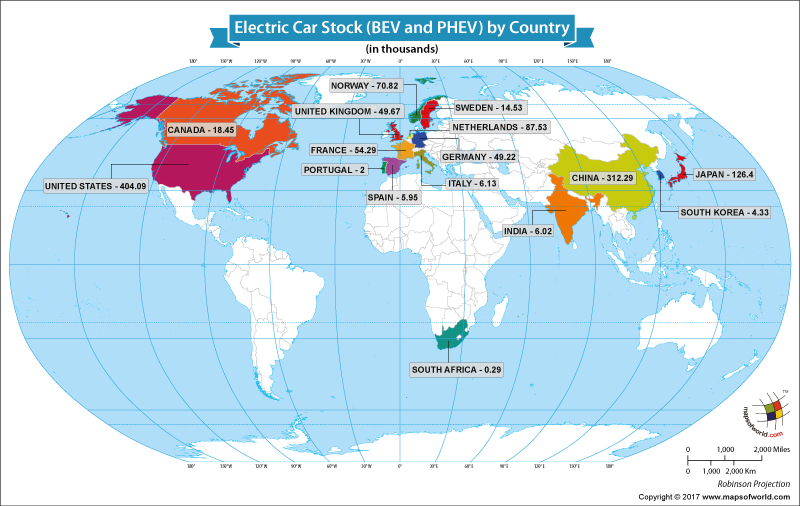 The past few years have witnessed an increase in the number of electric cars. In the year 2015, there were an estimated 1.26 million electric cars on the road. In 2014, the world’s electric car stock stood at about half of what it is today. Though the electric car stock has been witnessing a steady increase since the year 2010; however, around 80 percent of the electric cars on the roads worldwide are located in the five countries of Japan, China, Norway, the United States, and the Netherlands. In seven nations around the world, the market share of electric cars increased above one percent. These seven nations are China, Norway, the United Kingdom, Sweden, the Netherlands, France, and Denmark.

The table below will provide you with the number of electric car stocks in each nation.