What is the Tax Percentage paid by businesses in different countries? - Answers 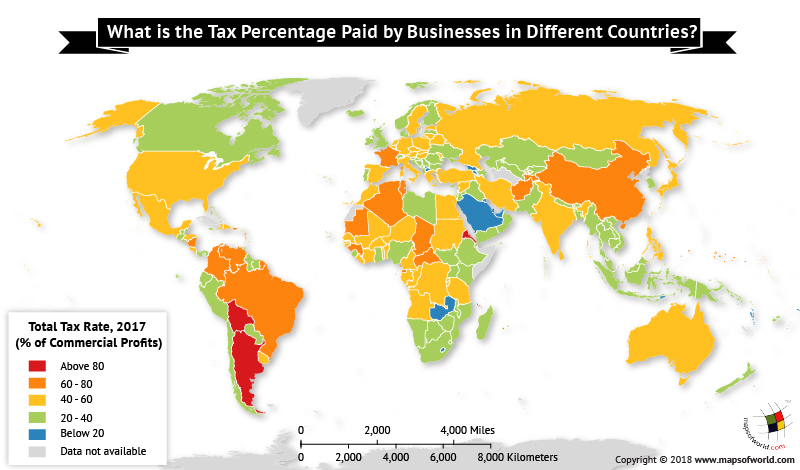 Taxes serve as the basic source of revenue for the governments of several countries, to carry out different functions for the development of a nation. The collected amount is also used to fund public assistance and public service programs.

According to a 2017 data published by the World Bank, Comoros has the highest total tax rate being whopping 216.5 percent. Coming at the second spot is the South American nation of Argentina with a total tax rate of 106 percent. In both Bolivia and Eritrea, the total tax rate stood at 83.7 percent.

Meanwhile nations standing at the bottom of the table with the lowest total tax rates as percentage of commercial profit were United Arab Emirates, Saudi Arabia, Qatar, Georgia, Kuwait, etc. Here the total tax rate was less than 20 percent.

The table below provides information on the total tax rate as percentage of commercial profits in each nation.