What countries have the most Physics Nobel Laureates? - Answers 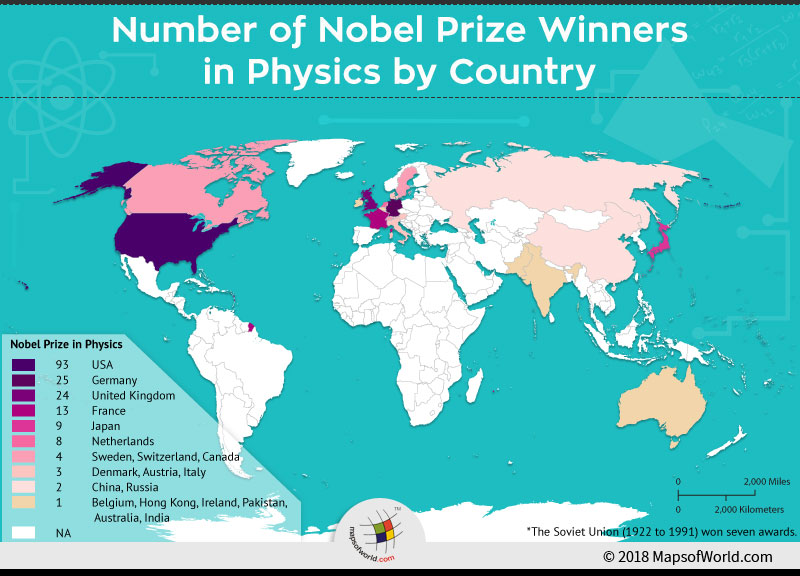 Nobel Prize in Physics for year 2018 was declared on 2nd of October. Arthur Ashkin of the US has won the prize for finding the usage of optical tweezers in biological system. Gerard Mourou of France and Donna Strickland of Canada, have also been awarded jointly for their method of generating high-intensity, ultra-short optical pulses. Donna Strickland now also stands as the third woman to win the Nobel Prize in Physics.

Alfred Nobel, the man behind the Nobel Prize stated in his will that the Nobel Prize in Physics goes to “the person who shall have made the most important discovery or invention within the field of physics.” The first Nobel Prize in Physics was awarded in 1901 to Wilhelm Conrad Röntgen. Since then, the award is a mark of honor for its recipients. A few years saw more than 1 recipient which makes a total 206 individuals who have been honored by this prestigious award.

Nobel Prize in physics is given because physics plays an important role in the society by educating the people to access the technological advancements. It also creates a room for developments and innovations, thus contributing to economic growth.

Here is a list of all the Nobel Prize winners in Physics that the world has been blessed with.