Who has won the most Super Bowls? - Answers 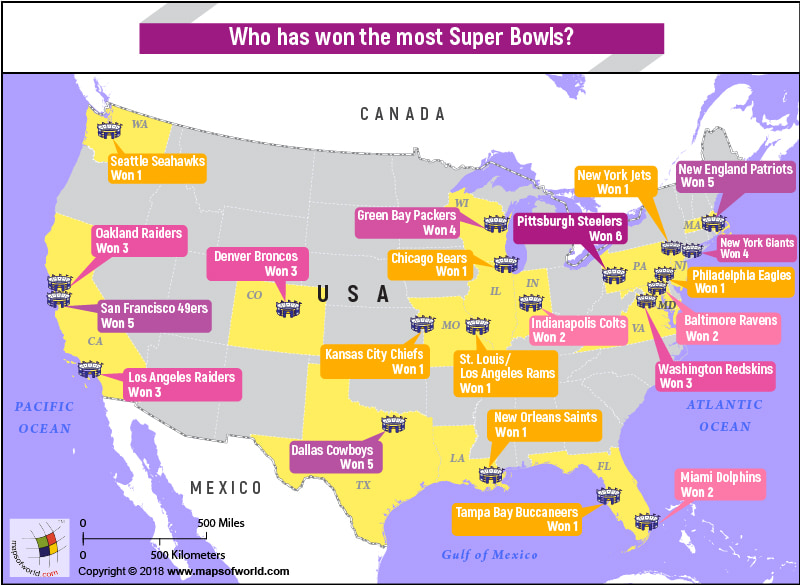 The Pittsburgh Steelers have won the most Super Bowls.

The first Super Bowl was held on January 15th, 1967. Since then, 51 Super Bowls have been played, with the 52nd slated for February 4, 2018. The Pittsburgh Steelers are the most successful team, winning six championships so far. Of the eight Super Bowls that the team has played so far, it has only lost twice.

The Steelers recorded their first Super Bowl win at Super Bowl IX, held at the Tulane Stadium in New Orleans, Louisiana, on January 12th, 1975, with the Pittsburgh Steelers defeated the Minnesota Vikings by 16-6.

The Pittsburgh Steelers continued their success on January 18th, 1976, when they defeated the Dallas Cowboys at the Miami Orange Bowl in front of a crowd of more than 80,000 strong. Super Bowl X, which was played in Miami, Florida, saw the Steelers scoring 21 points, to the Dallas Cowboys 17.

The team again made it big at Super Bowl XIII, held on January 21st, 1979. The game was played again at the Miami Orange Bowl in Florida and saw the Steelers defeat the Dallas Cowboys by 35-31.

Super Bowl XIV, held on January 20th, 1980, again saw the Steelers emerge victorious. The game was played at the Rose Bowl in Pasadena, California, and the Pittsburgh Steelers defeated the Los Angeles Rams by a score of 31-19.

The Pittsburgh Steelers scored their sixth Super Bowl victory on February 1st, 2009 by defeating the Arizona Cardinals, 27-23. The game was played in front of a more than 70,000 people at Raymond James Stadium in Tampa, Florida.