What city has hosted the most Super Bowls? - Answers 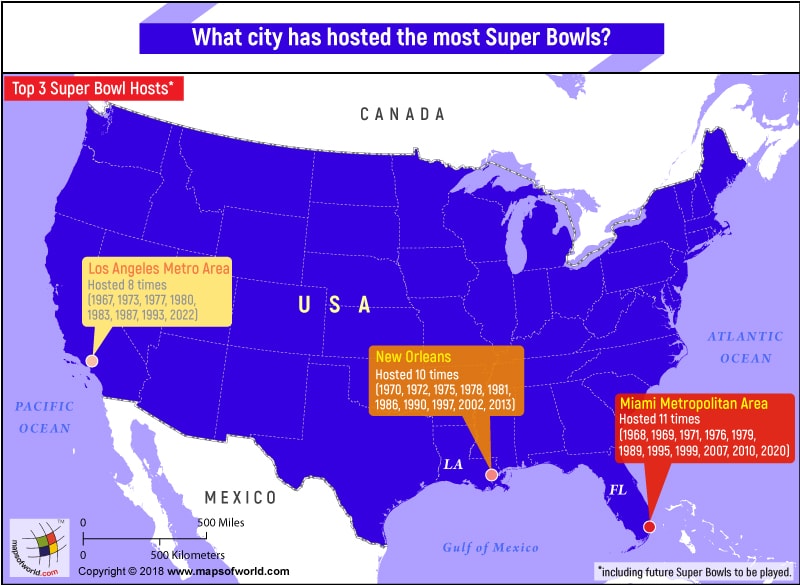 New Orleans and the Greater Miami area have hosted the most super bowls.

Till now 51 super bowls have been played. Of these, 20 games have been hosted by the two above-mentioned cities. Both New Orleans and the Greater Miami area have hosted 10 Super Bowls each. The second spot is occupied by the Greater Los Angeles area, which till date has hosted seven super bowls and is due to host its 8th in 2022.