What are the popular places to visit in Houston? - Answers

This Texan city is a land of many virtues. Every hour spent amidst the cosmopolitan crowd, throbbing cultural districts, and outstanding culinary hubs is a happy hour. One of the well-heeled cities in the southern US, it has a penchant for throwing surprises. Be it the underground tunnels or outdoor theaters; the city is continuously changing appearances to suit your mood. While its museums and art galleries look contemplative, its shopping hubs are always wrapped in energy. Frolic with the Islanders hit the pubs and watch the flamboyant facet of the city and its people. You will be happier if you don’t limit yourself to Downtown Houston.

It is the largest city in the state of Texas and is located in the south-eastern part of the state.

Places to visit in Houston 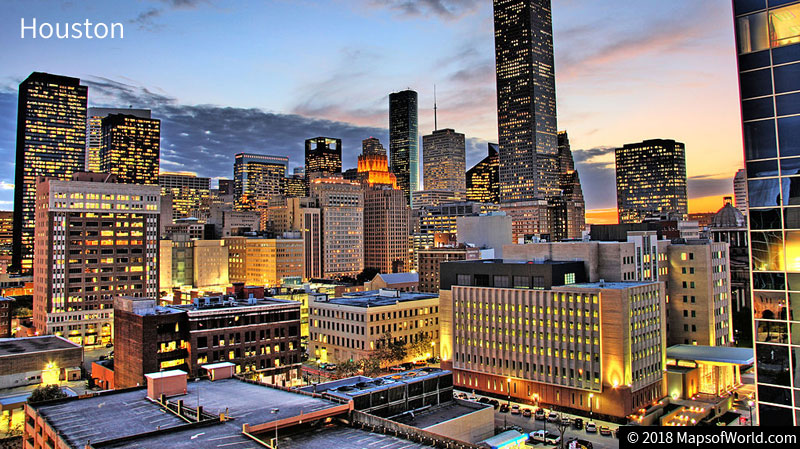 Houston Museum of Natural Science – The reason for visiting this famous museum is more than one. While you would find the Ancient Egyptian Hall and paleontology wing to be impressive, the young ones will have a gala time visiting the glass butterfly conservatory and watching the shows at the planetarium.

Menil Collection – More than 17,000 paintings, sculptures, and archeological artifacts collected by philanthropists John and Dominique de Menil are on display inside this spectacular art gallery. There are rotating exhibits apart from avant-garde art and 5,000-year-old antiquities.

Children’s Museum of Houston – This is the most favorite place for kids in entire Houston. A flurry of activities and interactive games keep them happily engaged. It’s an innovative way to entertain the young ones during their stay in the city.

Discovery Green – Spread over an area of 12 acres, this park is an island of peace where nature finds a refuge. Laze around the playground, spend time by the lake and fountains, and watch out for the performance space that hosts exciting events.

Space Center Houston – While the Starship Gallery showcases space-related artifacts such as Moon rocks and space capsules, the Destiny Theater is the venue for watching a historical movie on space.

Museum of Fine Arts – This renowned museum has an exhaustive collection of the finest specimens of European and American paintings after World War II. After having a look at the works by Picasso and Rembrandt, move to the sculpture garden and admire the works of legends such as Rodin and Matisse.

Houston Arboretum and Nature Center – One of the best things to do in Houston for free is to spend some hours in this nature center situated inside Memorial Park. Make it a point to visit the speciality gardens such as Sensory Garden and Hummingbird & Butterfly Island.

Explore the Houston Museum District – Spend quality time in the museums and art galleries that speak volume about the city’s history, art, and its cultural bent.

Watch Plays – Come to Miller Outdoor Theater or the Alley Theater to watch some of the finest ensembles of actors present classic and modern plays.

Shop at the Galleria – The largest shopping center in Texas is a popular retail destination that houses around 400 stores and restaurants. From Gucci to Louis Vuitton and Chanel to Prada, every luxury brand has its address here.

Discover the Tunnel System – Escape the humdrum on the streets and descend to the air-conditioned tunnel that leads to the tallest building in Texas – Chase Tower. Take an elevator to the 60th floor and enjoy the sweeping views of Houston skyline.

Water sports at Galveston Island – Just 50 miles from Houston is this little paradise for water enthusiasts. If you love to challenge yourself, then opt for scuba diving and deep-sea diving.

Empire Cafe has become synonymous with American cuisine. For authentic Mexican cuisine, head to Hugo’s. La Carafe on Congress Street, which claims to be the oldest bar in the city, is the place to drink wine. Indika serves the best Indian cuisines in town.

The best time to visit Houston is during Spring (March-June) and Autumn (September-November).

How to Reach Houston?

By Air – The George Bush Intercontinental Airport is the main airport serving the city. It is almost 21 miles from Downtown Houston and a 25-minute drive away.

By Train – The Houston Amtrak Station is the main railway station located in the heart of the city. It connects the city to other parts of Texas and its neighboring states.

By Road – US National Highways 10, 45, and 610 passes through Houston and go a long way in connecting the city with neighboring states and cities.