What is the Adventure Tourism Development Index? - Answers

Click me
Answers » Travel » What is the Adventure Tourism Development Index?
5 / 5 ( 2 votes ) 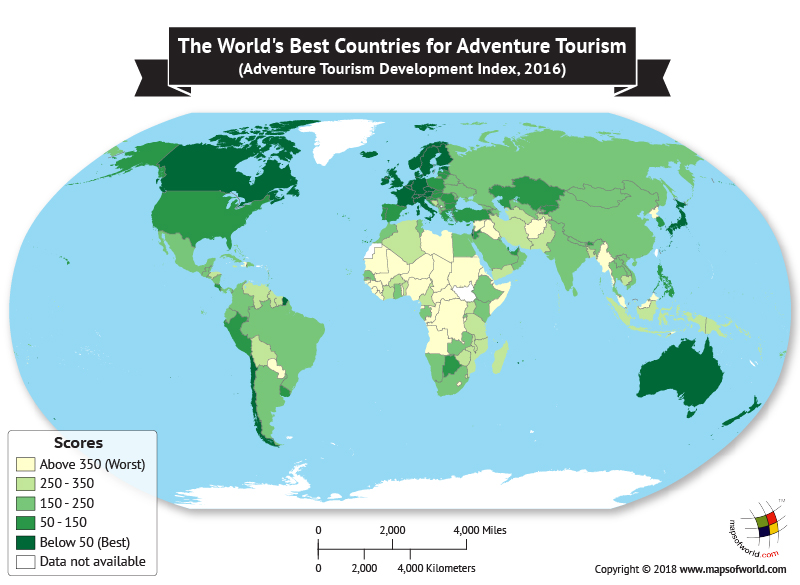 According to the Adventure Tourism Development Index published in 2016, Iceland was the best performing nation with a score of 12 (lower scores are considered better adventure locations). Coming at the second spot was Germany, which scored 19. New Zealand also did well and was the third best performing nation with a score of 23. Some other top performers, which had scores of less than 50 were; Norway, Switzerland, Canada, Australia, Finland, Ireland, Japan, the United Kingdom, and Israel. In fact, of the 23 nations that scored less than 50, 17 were European nations.

Some nations where the score ranged between 50 and 150 are; Spain, Bulgaria, Poland, South Korea, Greece, Jordan, Costa Rica, Turkey, Singapore, Bhutan, and Qatar. The two Asian nations of China and India, which are home to numerous tourist destinations and adventure tourism attractions were not very favorably placed on the list. While China had a score of 199, India was placed further below with a score of 247.

Nations placed at the bottom and with scores of above 350 were Myanmar, Niger, Angola, Togo, Malaysia, Nigeria, Afghanistan, and Haiti. Meanwhile, the African nation of Somalia was placed right at the bottom with a score of 487.

To get a better understanding of how nations rank on the Adventure Tourism Development Index, refer to the table below.