What is the Gross Enrollment Ratio in secondary education? - Answers 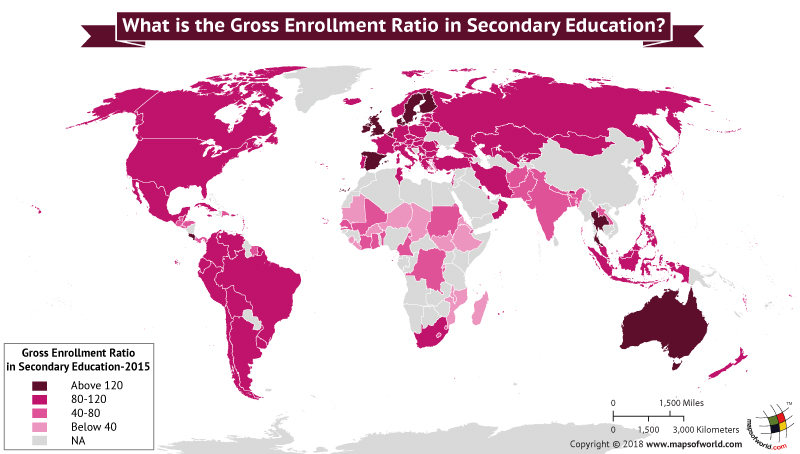 Education is the foundation of the overall development of a nation. One educated citizen holds the potential of working equivalent to four times an uneducated citizen can.

But there are many nations where education is still a neglected sector mainly due to years of civil war, economic and political instability, and other factors.

The Gross Enrollment Ratio (GER) is a statistical tool used in the education sector to determine the number of students enrolled at all levels of education in various countries. It is regardless of age, expressed as a percentage of the population of official secondary education age.

Here is a table representing the World Bank 2015 report on Gross Enrollment Ratio in secondary education.