What was the role of women in World War II? - Answers

World War II began after German troops, led by Adolf Hitler, invaded Poland in 1939.The invasion was led by the motive of regaining lost territory and to ultimately rule Poland. This decision was met by the declaration of war on Germany by France and the United Kingdom. While a tensed world watched and waited, some of the leading militaries of the First World, split into two powers. The Axis power was led by Germany, Italy and Japan, whereas the Allied comprised of Great Britain, the United States, France and the erstwhile Soviet Union. The World War II, incorporated a series of battles fought by the member nations of the two power blocs, ending with the defeat of Germany and the nuclear bombing of Japan in 1945.

World War II impacted all world economy as well as distressing individuals from all walks of life. It is often the passive players, the army at home that have helped win wars. Such a role was played by the Women of the World War II.
They did everything men did, taking it upon themselves to replace the men called for duty. From scouting and nursing to clerical and land work, they stepped forward to free men for combat.
Beginning in 1941, some 300,000 women served in the United States Armed Forces. These services were rendered in various branches including Women’s Army Auxiliary Corps later known as Women’s Army Corps (WAC), Women Air-force Service Pilots (WASP) and Women Accepted for Volunteer Military Services (WAVES). They also served in the Marines and a branch of Coast Guards called SPARS. These women were the first ones to serve in the United States army, as other than nurses. The English women, on the other hand, formed the Women’s Land Army, a civilian organization that helped women indulge in agriculture, to meet the growing food demand during the war.

These roles assigned were less glorified and were conventional in nature, but were essential for bureaucratic management. They worked as typists, clerks and mail sorters, as the men were away on battlefields. But it was also in the World War II that women were allowed in the military in an official capacity.

• Warriors like Nancy Wake; a guerrilla war fighter, worked as a spy and a member of the Special Operations Executive, a British intelligence agency. She was awarded a gold medal by the British, the Medal of Freedom by the United States and the Médaille de la Résistance and three Croix de Guerre by France.

• Fighting for the soul, Natalia Peshkova, a combat medic, formerly drafted in the Russian Army, spent three years on the front accompanying wounded soldiers, fighting diseases and food starvation. She was honored with the ‘Order of Red Star’ for bravery.

• Lyudmila Pavlichenko, was an accomplished sharpshooter before joining the military. Amongst the 2,000 female snipers sent on the warfront by Russia, she recorded the highest number of kills and was awarded the title “Hero of the Soviet Union.”

• Member of the Women’s Auxiliary Air Services, Noor Inayat Khan, was a spy princess. Daughter to the Indian Sufi master and musician and granddaughter to the ruler of Kingdom of Mysore, she had a distinguished background. She spied by transmitting information out of France. On being arrested, she fought the German Intelligence Agency, so fiercely that she was termed “an extremely dangerous prisoner.” She was later executed but was posthumously awarded the French Croix de Guerre with Gold Star and was made a member of the order of the British Empire.

At the outset of World War II, it was considered vital for women to participate in all possible sectors for the war to be won. This helped the women workforce to strive to new heights, exemplifying the case of aircraft industry, making a women majority workforce in 1943. This not only helped with financial self-reliance but also paved a way to break gender norms and stereotypes. 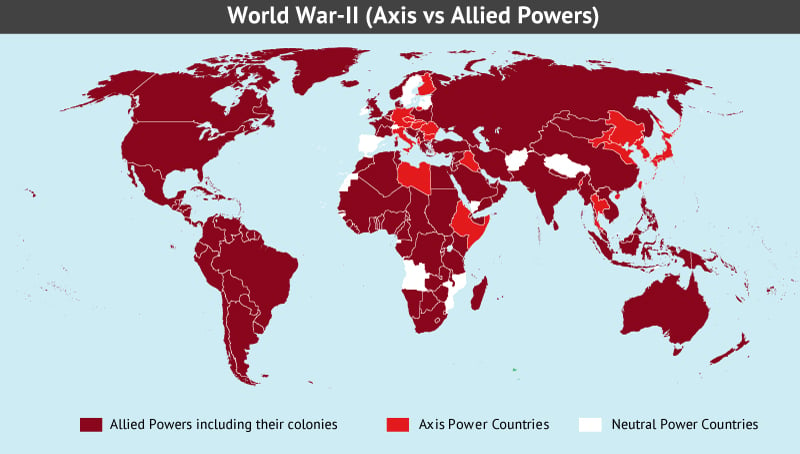