What countries account for the highest liver transplantations? - Answers 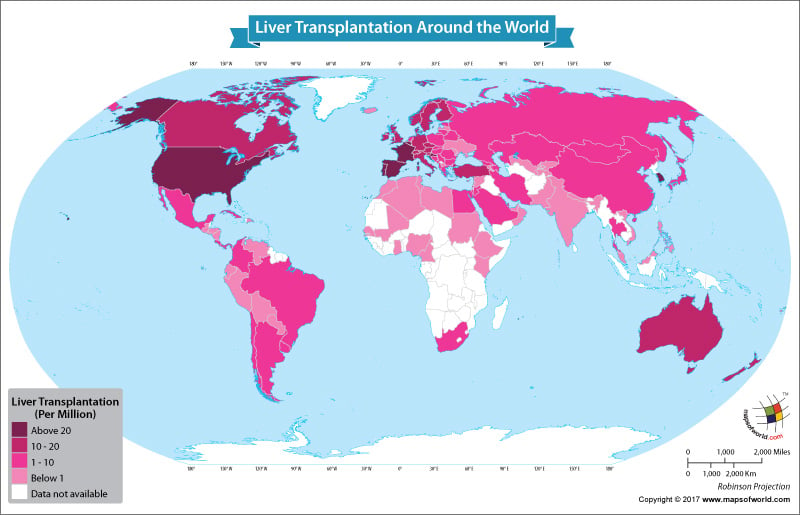 Liver is one of the most important organs of the human body and performs a number of functions. These include bile production and excretion, enzymes activation, filtering and disposing toxin materials from the blood, regulating the cholesterol levels and the mineral as well as vitamin supplies in the body, warding to viruses and infections, regulating the supply of body fuel, and others. In case of liver failure, all these functions are effected. Liver diseases may occur due to a number of factors such as cancer and other growths, alcohol abuse, fat accumulating in the liver, infections etc. As such the only recourse is to go in for liver transplantation, which is a surgical procedure where the damaged liver is removed from the body and a healthy liver from a donor is put in its place. Further, liver is a very unique organ as it is the only organ in the body which has the capacity to regenerate.

Nations where the liver transplant rate stood between 10 and 20 per million inhabitants were Sweden, Italy, Czech Republic, Austria, the United Kingdom, Canada, Australia, New Zealand, Turkey, and some other nations.

China, which is the most populous continent in the world, occupied the category where the liver transplant rate was between 1 and 10 per million inhabitants. In 2015, China saw 1.9 liver transplants per million inhabitants. Some other prominent countries in this category were the Netherlands, Brazil, Saudi Arabia, Russia, Japan, Thailand, South Africa, etc.

The table below will give information on the exact number of liver transplant rate per million inhabitants.