What was Trans Pacific Partnership? - Answers 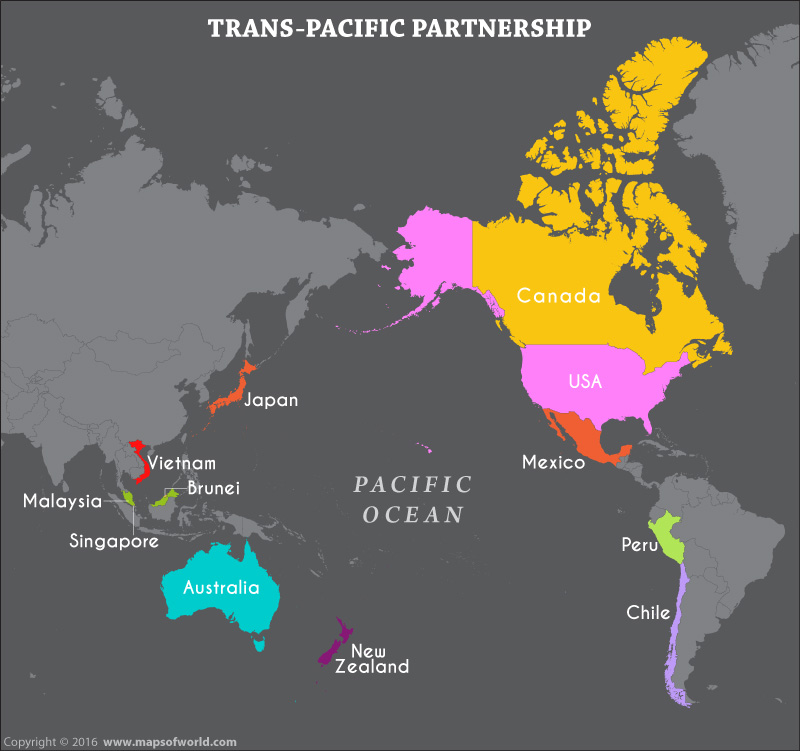 The Trans-Pacific Partnership (TPP) did not become a reality as the US President-elect Donald Trump withdrew the signature of United States. TPP comprised 12 member states, which included the North American countries of US and Canada; South American countries of Mexico, Chile and Peru; the Asian countries of Japan, Malaysia, Vietnam, Singapore and Brunei, and the nations of Australia and New Zealand.

Designed to create a new single market, the TPP aimed to strengthen economic relations between the member states. It will also cut down on tariffs and foster trade. These 12 nations had signed TPP on February 4, 2016 and it assumed importance because it covered around 40 percent of the world economy. Donald Trump was least interested in the proposal and had declared beforehand that he will not participate in the agreement, once he joins the office.

In March 2018, the 11 countries apart from USA, signed the revised version of the agreement, named ‘Comprehensive and Progressive Agreement’ for Trans-Pacific Partnership. These countries represent 13.4% of the total global GDP. It was back in 2017, when the countries had decided that they would revive the negotiation without the indulgence of the United States.