What is Inclusive Development and what countries rank high? - Answers

Click me
Answers » Economics » What is Inclusive Development and what countries rank high?
5 / 5 ( 3 votes ) 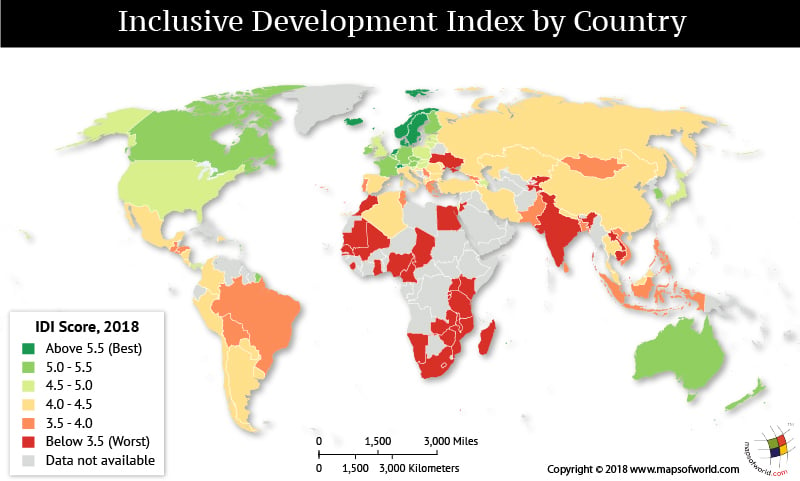 One hundred and three countries are ranked with an IDI score which is based on a scale between 1 to 7. It does not only estimate the gross domestic product growth, but also considers various measures regarding the economic development, for example, it pays attention to the growth that has resulted in raising the standard of living of people as well.

According to the 2018 Inclusive Development Index, 64% of the 103 countries, have shown improvement in their IDI scores, which suggests how the policymakers have put in efforts to enhance the socioeconomic progress. However, majority of the gains have been noticed among the upper-middle-income economies and the low-income countries have instead dropped from their previous positions.

In the Index, the top three positions are grabbed by European countries. Norway is the best performer among both the developing and the advanced economies. The Nordic nation ranks first, with a score of 6.08.  Iceland and Luxembourg have same score, which is 6.07.

Taking into account the developing BRICS nations, Russia was attained the most score of 4.2, whereas South Africa scored the least, and the score is just 2.94.

At the bottom of the list are African countries Malawi, Lesotho and Mozambique with a score of 2.81, 2.63 and 2.47, respectively.

For a better understanding of how each nation fares on the 2018 Inclusive Development Index, refer to the table below.