What countries rely on alternate or nuclear energy sources? - Answers 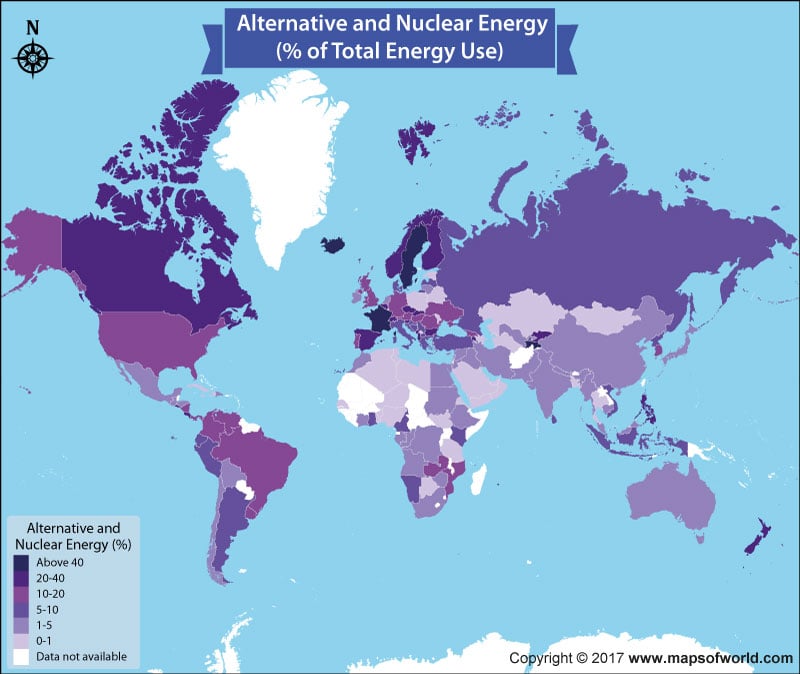 The world is waking up to the threats of global warming and environmental pollution. Realizing that it is not too late to save the environment, many nations are resorting to the use of alternative and nuclear energy for a cleaner and greener world. Some nations have taken the threat to the environment seriously and have largely resorted to cleaner energies; however, some countries are still taking the situation lightly.

Nations where alternative and nuclear energy accounted for more than 30 percent of the total energy use in 2013 were Sweden, France, Switzerland, Costa Rica,  El Salvador, Norway and New Zealand.

The two regions at the bottom were South Asia and Sub-Saharan Africa which posted figures of 3.2 percent and 2.7 percent respectively.