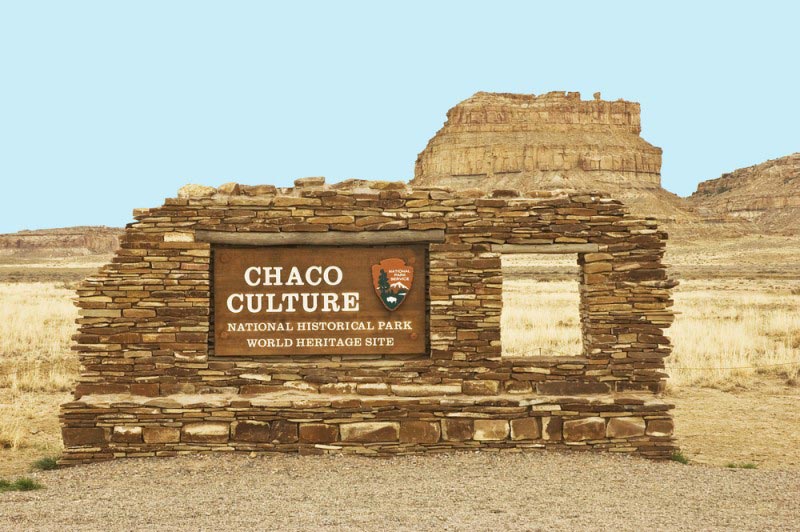 Chaco Culture National Historical Park is part of the National Park System of the United States. It is noted for archeological sites of the ancient indigenous Chaco culture of the area. Visible at the site are the ancient people’s dwellings, known as ancestral pueblos.

The Chaco are an ancient indigenous people of the American southwest region located near the Navajo Nation. These desert people constructed their great houses, or pueblos, from sandstone, around 900 to 1150 AD. The town served as a central hub of the region, but was abandoned probably due to a 50-year drought that began somewhere around 1130 AD.

The park is located amongst New Mexico’s canyons and mesas, notably Fajada Butte, which can be viewed near the south entrance of the park, towering 400 feet high above the canyon. It is famous for the Sun Dagger, an ancient artifact that may have been used to track the date of the summer solstice, suggesting that the Chaco people practiced archeoastronomy with their structures.

The flora of the Chaco region comprises of desert plants such as cactus, sagebrush, etc. The sparse vegetation in this region is due to less precipitation. The Chacos is also dotted with small bits of juniper scrub forest.

The fauna of Chaco is also not so abundant. If you love the “Coyote and the Road Runner” cartoon show produced by Looney Tunes and Merrie Melodies, and you wish to see the real Coyote, then this is the place to be. The coyote is the largest animal in Chaco. You may also encounter a deer or, elk or antelope. Other animals found here include badger, rodents, skunk, bobcat, and fox.

Due to the scarcity of water, the park has only a few birds including vultures, hawks, raven and owls. The small birds found in the park are sparrows, warblers, house finches, mellower black-chinned hummers etc. You might spot a roadrunner, although it is very rare in Chaco. 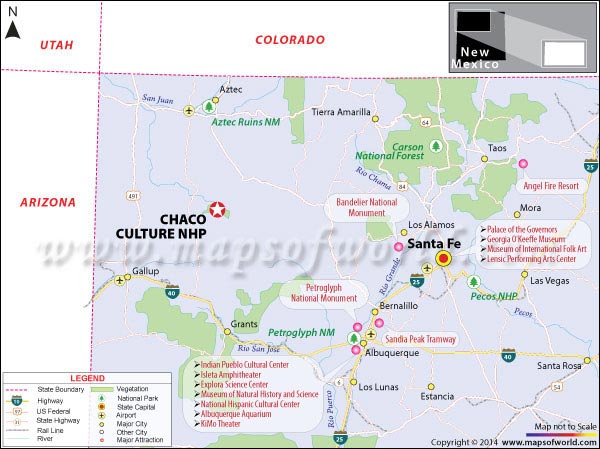 Chaco’s location in the high desert of New Mexico makes it a destination to avoid during spring and summer, with its high temperatures and frequent thunderstorms. Winter is fairly mild, though the area does experience major snow storms. Autumn is the best season to visit Chaco Culture National Historic Park.
The Chaco Culture National Historic Park opens daily from 7:00 am to sunset.

The entry ticket to the Culture National Historic Park for an individual cost $8. The entry fee for a vehicle is $16. The ticket is valid for 7 consecutive days. Special discounts are available on groupings.