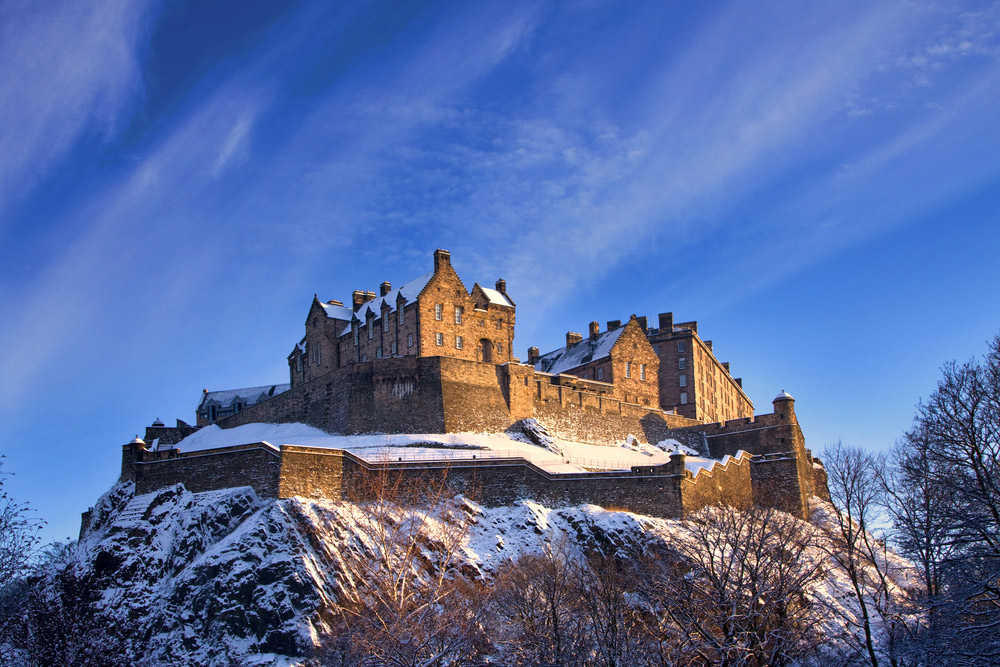 The iconic Edinburgh Castle is the most-visited attraction in Scotland

The Edinburgh Castle, voted as the ‘Best UK Heritage Attraction’ by British Travel Awards 2013, is located atop a dead volcano in the Scottish capital of Edinburgh. The castle saw Sturm und Drang in the Scottish history. Presently, the castle is a part of the historic heritage of the country and is one of the most-visited destinations in Scotland. Together with the neoclassical Georgian New Town, the medieval fortress of Edinburgh has been inscribed as a UNESCO World Heritage Site in 1995.

It is available for hire to host events such as weddings, concerts, etc. The fortress also offers a perfect backdrop for filming. Several movies such as, The Prime of Miss Jean Brodie (1969), Chariots of Fire (1981), Trainspotting (1996), Hallam Foe (2007), etc., have been filmed in the romantic setting of the castle.

The Entrance Gateway embellished with statues of Robert the Bruce and William Wallace, leads the visitors to a cobblestoned lane that extends up below the 16th century Portcullis Gate. From here, you may choose to follow the audio guide. If you arrive early you may take a tour in the backward direction, i.e., from the St Margaret Chapel, in such a way that you end up with the National War Museum and while returning you reach the One o’clock Gun, right at the time of its firing.

The highlights of the castle include:

The speculations and experiences of some people suggest that the Edinburgh Castle is haunted. However, there is no proper evidence to support it. But, because of the killings done here, there are probabilities of the castle being haunted by the ghosts of the people who lost their lives in it.

Where is Edinburgh Castle?

During the summers, the early hours from 9:30 a.m. to 10:00 a.m. are perfect to visit the castle. You will be able to take a tour of the Edinburgh Castle within two hours. At 12:30 p.m., locate the best vantage point for One o’clock gun. The castle becomes crowded during the rest of the day. You may visit the castle during the afternoon, if you wish to click some good photographs, as the sun shines bright and the shadows are prominent. People avoid visiting Scotland during the winters, as the weather is harsh.