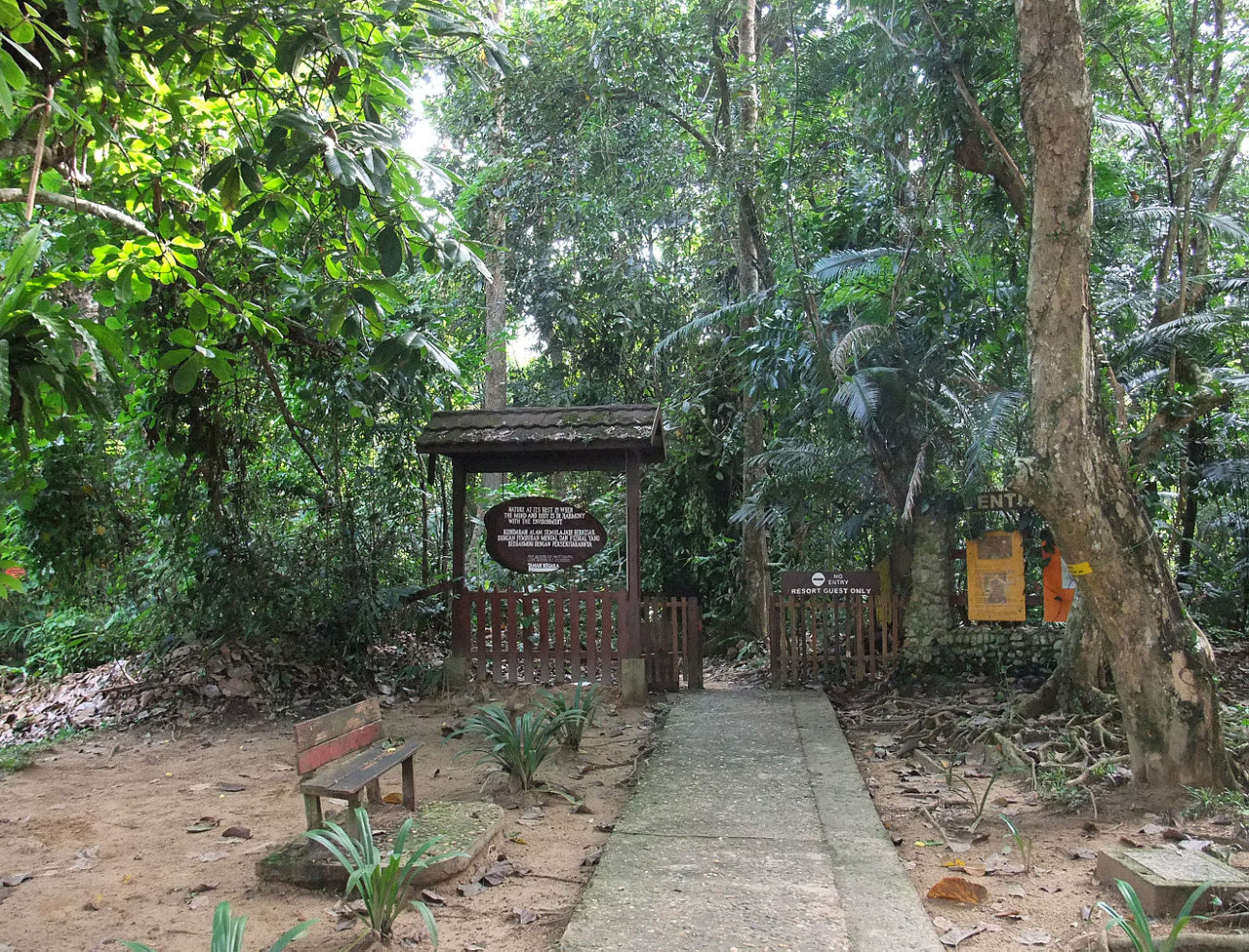 Entrance of the Taman Negara National Park of Malaysia

Explore the secrets of the impenetrable, umbrageous, and wettish woodlands of the Taman Negara National Park. It is, in fact, the very first and the oldest prescribed protected area in Malaysia. The park was initially christened ‘King George V National Park’. During King George’s Silver Jubilee in 1938, the Sultans of Kelantan, Pahang, and Terengganu designated Taman Negara as a reserved area. It became imperative to preserve the land’s pristine nature in sempiternity. In 1957, the park was renamed as Taman Negara. The verdant park boasts of some of the most complex and copious ecosystems in the world. Amidst the labyrinth of ancient trees, you might spot different species of snakes, including reticulated pythons, redheaded kraits, dog-toothed cat snakes, and temple pit vipers. Other animals that are seen prancing in the woodlands are monkeys, tigers, rhinos, elephants, lizards, etc. Extremely rare species of the flying squirrel reside stealthily in the park, so that the visitors don’t see them easily. The lush green foliage veils them. Some of the exotic floral species in the park comprise the world’s largest flower giant Rafflesia, orchids, dwarf luminescent fungi, and two-tone ferns. You need to have a mettle for perambulating in the forest as you may get surprises in the form of flying or crawling insects and the ever-pervading leeches.

Where is Taman Negara National Park?

Malaysia is an all-time destination. However, March and the beginning of October are the best months to visit Taman Negara as the humidity is less during these months.

A lot of activities can be enjoyed in the Taman Negara Park. You can become a cave explorer and traverse the sinister caves by boat or on foot. River cruises, canopy walk, jungle trekking, and observation hides are the must-do activities in the park.

At the end of the Taman Negara National Park at Kuala Tahan stands the privately run Mutiara Taman Negara Resort that offers astounding accommodation and dining services. The resort also provides tours to the pristine jungle. The guests will wake to the monotone of cicadas and the bedlam of chirping birds.

Permit fee for entry, camera, and fishing is RM1, RM5, and RM10, respectively.

1.) What are the coordinates of the Taman Negara National Park?

2.) Which are the famous attractions in Kuala Lumpur?