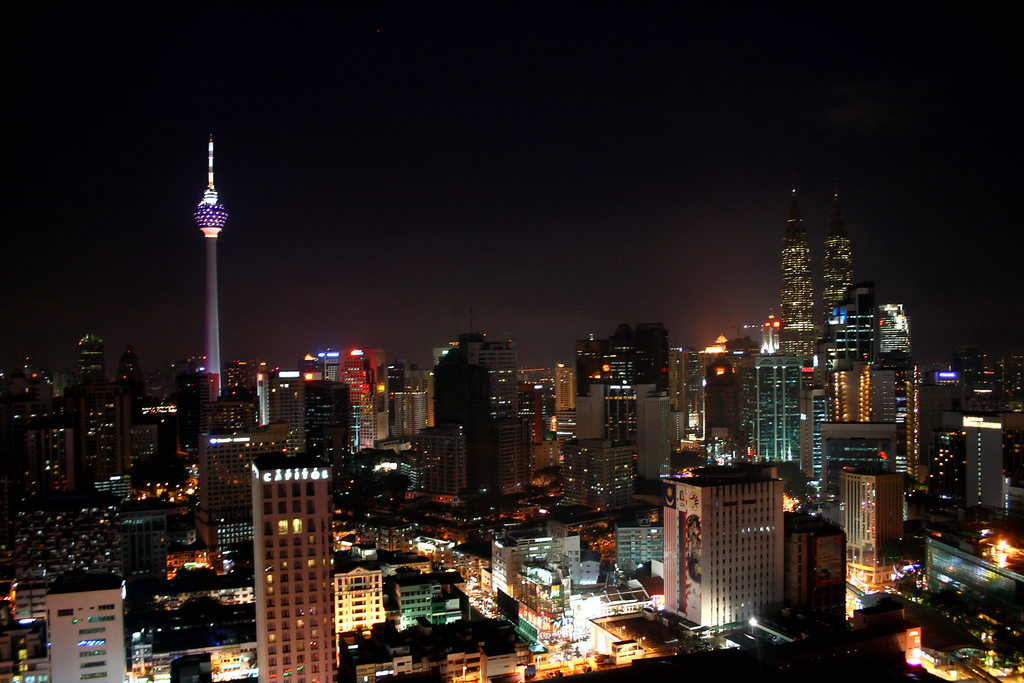 The majestic KL Tower in Malaysia

Rising magnificently over the Bukit Nanas Forest Reserve, the KL Tower ranks among the tallest telecom towers in the world. This sky-scraping tower with a bulb resting upon its apex resembles a Malaysian spinning toy. The KL Tower has a revolving restaurant and an observation deck. These are the best places to admire the views of the city. The tower bears imprints of the Islamic heritage in the form of Islamic tiles, and traditional flower and abstract motifs of Islam.

The KL Tower was constructed in three phases:

Take the elevators to reach the observation deck in less than a minute. In front of the elevators you get an audio guide that explains the landmarks you could see from the deck. Several telescopes are installed for a closer view of the surrounding buildings.

Enjoy 360-degree views of the city along with authentic Malaysian & International cuisine. Get impressed with the views from the top.

One of the landmarks of Malaysia, the KL Tower is located at a distance of 59.9 km from the KL International Airport via Lebuhraya Kuala Lumpur – Putrajaya route. You can reach the tower by bus, shuttle bus, or taxi.
Address: Menara Kuala Lumpur, No. 2 Jalan Punchak Off Jalan P.Ramlee, 50250, Kuala Lumpur, Malaysia.

Visit the tower during early evenings and grab a perfect seat at the Atmosphere 360 restaurant for the sweeping views of the city. If you reach late, there will be less chances of getting a window seat.

The entry tickets to the Observation Deck cost RM 49.00 (Malaysian Ringgit) per adult and RM 29.00 per child. The entry to the Open Deck costs RM 99.00 for an adult. Combo tickets are also available. Check the official website menarakl.com.my for more details.

What are the coordinates of the KL Tower?