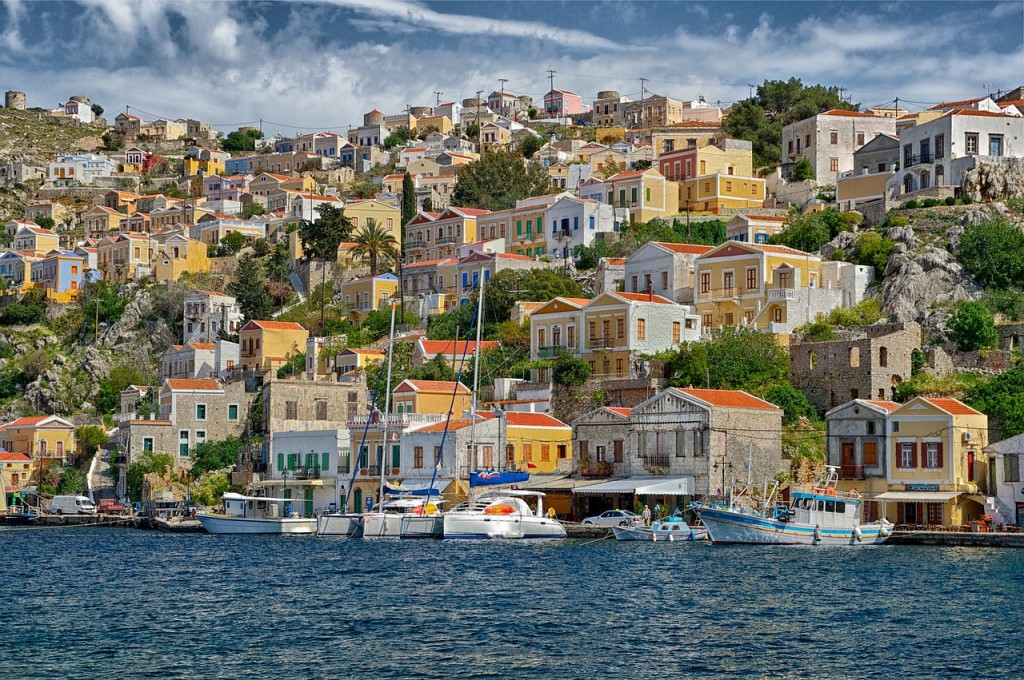 Greece is one of the most popular holiday destinations in Europe.

Greece, the nation renowned for being ‘the birthplace of Western Civilization’, has numerous archeological and natural sites that attract travelers from all over the world. Since centuries the country has influenced the world’s thoughts and practices; be it in science (through Archimedes, Pythagoras, and Euclid), philosophy (courtesy Socrates, Aristotle, and Plato), literature (Homer’s Iliad and Odyssey), or even sports (Olympic Games).

Located on the Balkan Peninsula, the southern European country of Greece is surrounded on its three sides by seas – Ionian on the west, Aegean in the east, and the Mediterranean on the south. It shares its northern border with Bulgaria, Albania, Republic of Macedonia, and Turkey. Apart from the Greek mainland, there are a number of islands in the three seas under the Greece’s dominion; significant ones include Crete, Cyclades, and the Ionian Islands.

Owing to its proximity to the seas, Greece is blessed with pleasant weather for about seven months, between May and November. Most parts of the country experience the quintessential Mediterranean climate, with hot and dry summers, and wet and mild winters. Summer nights are although enjoyably cooler. The people of Greece speak the Greek language. Major holidays include Easter, Christmas, and the Independence Day on 25th March.

Greece is well connected with almost all countries of Europe by air, water, rail, and road.

By Air: The international airports in Athens, Heraklion, Corfu, Crete, Rhodes, and Thessaloniki receive flights from major tourist destinations in Europe. There are flights from important cities in North America, the Middle East, and Southeast Asia to Athens as well. Along with the major airlines, Olympic Air and Aegean Airlines, Greece is served by a number of low-cost carriers from different European locations, like Virgin Express (from Brussels), Easyjet (from London, Berlin, Paris, etc.), MyAir (from Venice), and Transavia (from Amsterdam).

Olympic and Aegean Airlines operate domestic flights as well for tourists who wish to travel within Greece and its islands. Sky Express is another domestic airline that operates on the island routes only.

By Rail: If you wish to travel from Sofia, Belgrade, and Skopje to Greece, boarding an international train to Thessaloniki can be a pleasant journey. The 2,500km-long railway network in the Greek mainland is a cheaper and pleasurable way for getting around within the country as well.

By Road: Neighboring countries have a select number of international bus services to Greece. There are a number of car rental services as well that allow tourists to rent cars for traveling in and around the country. A rather popular way of traveling by car to Greece is by taking an Adriatic ferry from Italy that allows transporting cars.

Tourists also have the option of moving around Greece by road. Several bus stations in most rural and urban locations in Greece and its islands have regular scheduled bus departures. In many places ticketing is computerized. You can also hire cars or bikes or even get your own into the country for a limited number of months.

By Sea: The seas around Greece offer picturesque journeys between nearby countries like Italy, Turkey, and Cyprus, and the different Greek islands. Ports in the country receiving international ferries are Patras and Corfu from Italy, and Chios, Samoa, and Kos from Turkey. The port of Rhodes receives ferries from various countries like Egypt, Israel, Cyprus, and Turkey. Ferry services include Superfast Ferries, Anek Lines, and Minoan Ferries.

A variety of local ferry services ply between the islands and mainland of Greece. Fares depend on the time of the year, and the nature and the speed of the boats. Some of the preferred sea-vehicles during peak seasons are hydrofoils and catamarans, which offer high-speed service and various amenities. They also charge more than ordinary

Things To Do In Greece

Greece is ranked among the top tourist destinations in Europe. Its most attractive features include its rugged terrain, picture-perfect beaches, vineyards in the valleys, and ancient sites. The nation attracts both the adventurous and those looking for a relaxing time.

Travelers looking for adventure have an array of options, from trekking to wind surfing. Renowned trekking attractions in Greece are Mount Olympus, and Samaria Gorge in Crete. The water around the Cyclades and Ionian Islands are famous for their windy weather. Notable windsurfing turfs include the sea around Lefkádha (Ionian Islands), and Páros, Náxos, and Ándhro (Cyclades). You can also visit the National Marine Park in Zakynthos, which is known for its loggerhead sea turtles.

If you wish to have a relaxing time in Greece, there are a number of things you can do. Sunbathing on the pristine beaches is a favorite tourist activity in the country. Elia (Mykonos), Kolympithres (Paros), Alyki (Thassos), and Elounta or Elounda (Crete) are some of the famous beaches in Greece. A luxurious cruise in the surrounding blue seas is another favored pastime. There are a number of local and international cruise companies offering grand cruises with sightseeing combinations. You can also go wine tasting. This, in fact, is a must-do activity for everyone visiting Greece.

Greece has a history of more than 4,000 years of winemaking. Author Tom Standage in his book, “A History of the World in Six Glasses”, mentions that it was the Greek wine drinking custom that influenced global culture and made wine “the most civilized and sophisticated of drinks.” The country is dotted with wineries that grow vinifera grapes of different varieties. The varieties, in fact, depend on the region and soil. Famous wine producing regions in Greece include the islands of Crete, Rhodes, Kefalonia, and Santorini, and the areas of Nemea, Naoussa, Zitsa, and Rapsani in the mainland.

Apart from these, you can also enjoy the lively nightlife at Mykonos, try the famous starters and dips of the Mezedhes platter and the delectable dessert Baklava, join in the Easter celebrations if you are visiting the country during the time of the festival. Visit the numerous churches, monasteries, religious structures, and archeological sites across the country.

The places to see listed are must-visit destinations for every tourist in Greece.

Athens – The capital of Greece, Athens is a hub of dining, nightlife, and sightseeing the Parthenon, Acropolis, Museum of Cycladic Art, and the National Archaeological Museum.

Santorini – One look at the white walls and blue roofs of homes in the Santorini Island and you know where Greece gets its flag’s colors and distinctive aura from. Its major attractions include Santorini Volcano, Oia, and the Red Beach.

Mykonos – Renowned as “Little Venice”, Mykonos offers an ideal (and expensive) vacation for honeymooners and families. It is famous for its beaches, archeological sites in Delos, gay bars, and nightlife.

Corfu – A popular tourist destination, the Corfu Island attracts a large number of backpackers and beach lovers during the peak summer months.

Crete – The island of Crete has a number of sites associated with Greek mythology, like Lassithi Plateau, Knossos, and the Dikteon Cave.

Travel tips for tourists to Greece are as follows: 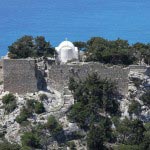 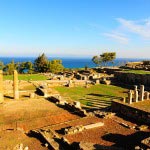 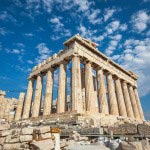 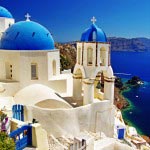 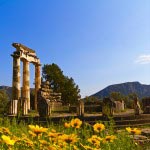