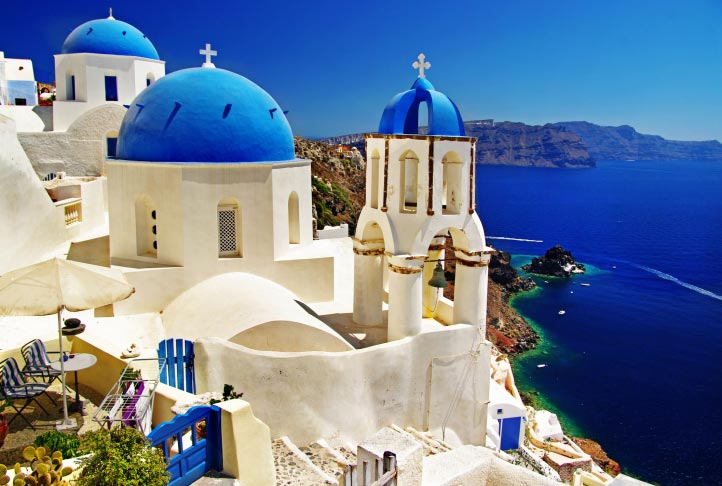 Santorini Island in Greece attracts thousands of visitors every year to its beautiful landscape.

Santorini epitomizes the experience of vacationing in Greece and thousands of visitors come every year to gaze at one of the most dramatic geographic spectacles, which was the result of the world’s largest volcanic eruption. The eruption in the region occurred around 1500 BC and has inspired many writers and artists since the olden times. This volcanic activity created a beautiful landscape, making Santorini a unique attraction.

Fira, the capital of the island and also the most important village offers a stunning view of the architecture of the houses, which shouldn’t be missed out on by tourists. The town also offers museums that have collections from excavations, artifacts as well as sculptures from the historical past of the island. Fira, along with Oia, Imerovigli and Firostefani provide scenic views of the Santorini island.

Apart from the beautiful views, the island offers exceptional cuisines and traditional products such as fava, cherry tomatoes and “hlorotyri”, which is a special type of fresh goat cheese.

The young volcanic land is extremely popular for its seaside treasures with deep blue beaches, colorful sand and impressive rock formations. Given its beauty and charm, this region is becoming an increasingly popular wedding destination for not only those who live in Greece but for couples from all over the globe.

This Greek island is located in the Aegean Sea and situated on the top of the Cyclades Cluster.

The best time to visit the region would be between late April and Mid-June before the arrival of summer when prices become particularly high. Weather in Greece is mild in general while the winters could sometimes become harsh. However, visiting between November and March would allow you to ski in the mountains.