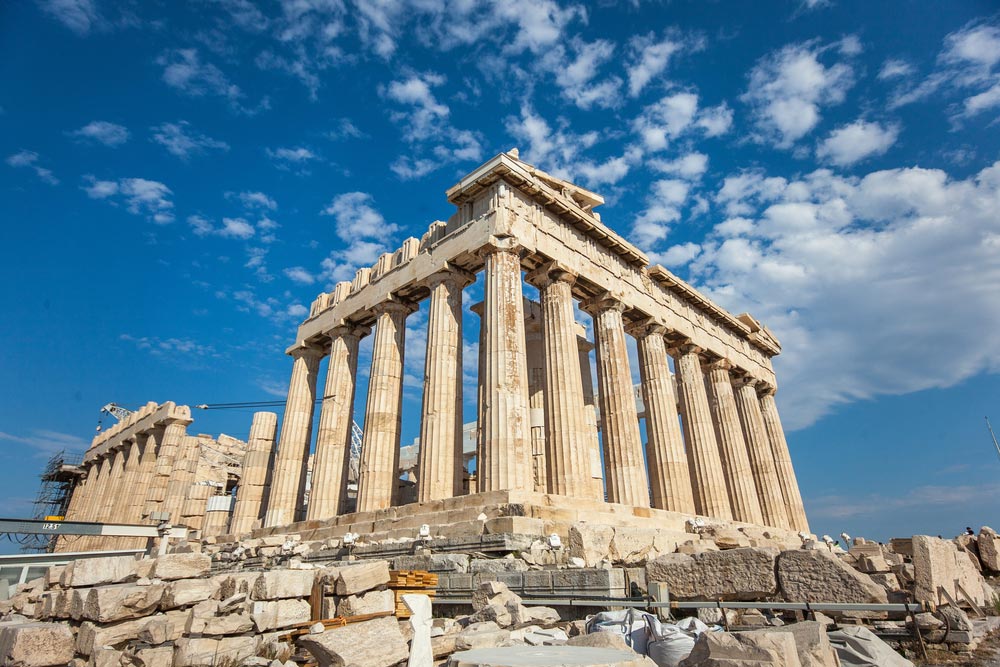 The Parthenon at the Acropolis of Athens, Greece

Most of the structures of Acropolis, particularly the Parthenon, were dedicated to the goddess of the city of Athens. The designs in the architecture of the Acropolis clearly show a sense of pride and commitment of those behind the creation of the product.

The Acropolis of Athens stands not only as a symbol of democracy today but also marks the beginning of the Western civilization while iconizing European culture. Although there is a significant cultural value attached, the removal of the sculptures from the Athenian Acropolis continues to be a major issue. More than half of the Parthenon sculptures are kept in the British Museum today and efforts to bring those back to Athens in order to display them with the other originals is an issue that hasn’t yet been settled.

The statue of Acropolis of Athens was an important part of Parthenon and was around 12 meters high and Athena held a shield in her left arm and a lance in her right one. This statue and many others including the western pediment were destroyed by a fire. Other sculptures survive in the museums in Athens, London as well as Paris. ‘

The Acropolis also holds the Erechtheion (temple to the gods Attica, Athena and Poseidon-Erectheus) and the Temple of Athena Nike.

Facts about Acropolis of Athens

Where is Acropolis of Athens ?

The Acropolis is located on the top of a steep rocky outcrop in the middle of the ancient city of Athens. The city is situated on a peninsula and covers an area of 15 square miles.

The best time to visit Athens is in the fall and spring since the weather is pleasant during that time and there’s plenty of sunshine. Greece experiences warm weather throughout the year and its summer is particularly extremely hot and crowded with tourists. It is not too warm in the mornings in Athens, tourists should keep this in mind while visiting the Acropolis.

One united ticket costing 12 € can be used to enter all archaeological areas of Athens.

The timings change depending on the season.

More about Acropolis Of Athens