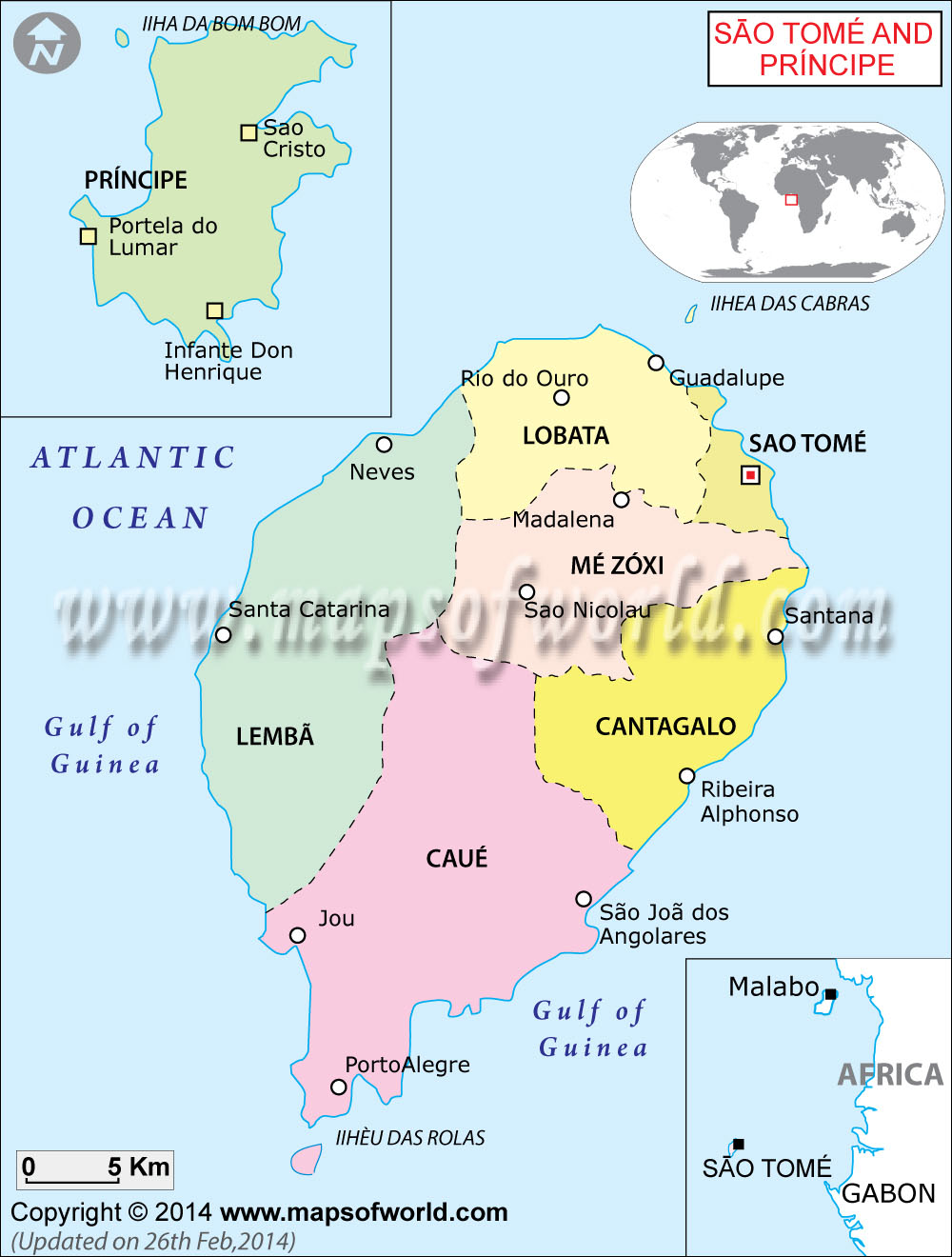 When the Portuguese discovered the islands of Sao Tome and Principe in the late 15th century, they were uninhabited and were characterized by dense rainforests, vegetation, and wildlife. They began bringing in slaves from Africa and established sugar plantations. By the mid 16th century, the islands became the foremost exporter of sugar in Africa.

When the price of sugar fell and controlling slave labor became difficult, the Portuguese took advantage of the emerging slave trade and converted the island into an important weigh station for ships carrying slaves from Africa to Brazil.

By the 19th century, cocoa and coffee exports had emerged as the islands’ main sources of income, and by the early 20th century, Sao Tome and Principe became one of the world’s largest producers of cocoa.

In 1876, slavery was abolished but this was replaced by forced labor with very low wages. Despite this, many contract workers from the African mainland came to Sao Tome and Principe.

Uprisings and revolts started to occur but the movement for independence grew stronger after the Massacre of Batepa in 1974, where Portuguese troops killed a large number of native creoles who refused to do manual labor in the fields. However, it wasn’t until July 12, 1975 that the islands acquired full independence from Portugal.

Upon the exodus of the Portuguese, the islands were left with virtually no skilled labor, abandoned plantations, and only 10% of the population were literate. Although they had a President in office, radical members of the government had a strong hold on the President’s decisions such as the passing of legislation, which included the formation of a militia that controlled the villages.

In 1990, the country became one of the first African nations to embrace democratic reform and had its first multi-party elections in 1991.

Sao Tome makes up 90% of the country’s land mass, which is also home to majority of the population. The islands are found on the Gulf of Guinea, and both are part of the Cameroon volcanic line, which includes Annobon to the southwest, Bioko to the northeast, and Mount Cameroon on the coast of the Gulf.

The National Assembly is the supreme organ of the government and holds the rank of the highest legislative body. The Assembly has 55 members who meet semi-annually.

Tourism in Sao Tome and Principe is not a major contributor to the economy as the country is one of the most undiscovered places on earth. There is very little tourism infrastructure and the fact that English is virtually nonexistent on the islands make it hard for tourists to explore the country.

Nevertheless, it still receives its influx of tourists due to the establishment of luxury resorts on its pristine and smaller islands near the equator.

The most popular tourist island is the Ilheu das Rolas, or the Island of Rolas. It lies on the equator, and located on the southern tip of the island of Sao Tome. It is home to a 4-star resort called Pestana Equador, where most of the locals are employed. The island is the perfect example of a natural paradise with its crystal clear blue waters, unspoiled natural beauty, and soft, white sands.

The Obo Natural Park makes up 30% of the entire island of Sao Tome. It is home to a wide variety of bird species, as well as over 100 species of orchids. It is also considered to be one of the Global 200 – a group of 200 regions consisting of the most important biological areas on the planet.

The Park is also home to Pico Cao Grande or Great Dog Peak – which is a landmark needle-shaped volcanic peak with a summit of 2,175 feet above sea level.

Primary education in Sao Tome and Principe is compulsory and free for the first 4 years. About 98% of all primary school-age children enroll but few proceed to secondary school due to several challenges faced by the country’s education system.

Domestic funding is very limited and the government is highly dependent on foreign financing. There is a shortage of classrooms, insufficiently trained teachers, lack of textbooks and school materials, as well as a severe lack of community involvement.