What are the Nations and territories where Spanish is the official or national language? - Answers 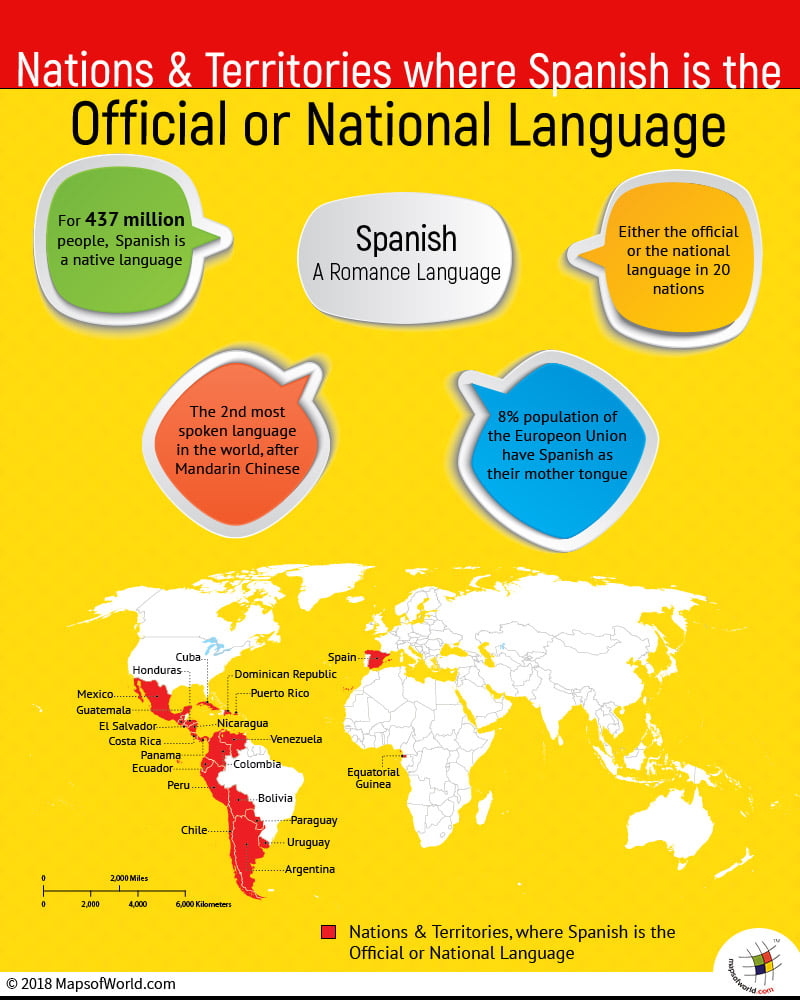 Spanish, a romance language, originated in Spain’s Castile region. After Mandarin Chinese, Spanish is the second most spoken language in the world. There are millions of native Spanish speakers and it is either the official or the national language in 20 nations. It is also the official language in one of the unincorporated territories of the United States. Prominent international organizations such as the United Nations recognize Spanish as one of the six official languages. Other organizations such as the Organization of American States, European Union, the Community of Latin American and Caribbean States, among others, also use Spanish as an official language. One of the most interesting aspects of the Spanish language is that it is among the very few languages in the world that use the exclamation mark or an inverted question.

The popularity of the language can be gauged by the number of Spanish speakers around the world. It has been estimated that there are approximately 437 million people for whom Spanish is a native language. It is the mother tongue of some eight percent of the population in the European Union.

Spanish is the national language of Mexico. In fact, Mexico has the world’s largest Spanish speaking population. According to the latest census, there are some 99.3 percent Spanish speakers in the country.

Visit the following to learn more about languages: