What is the Global Peace Index? - Answers 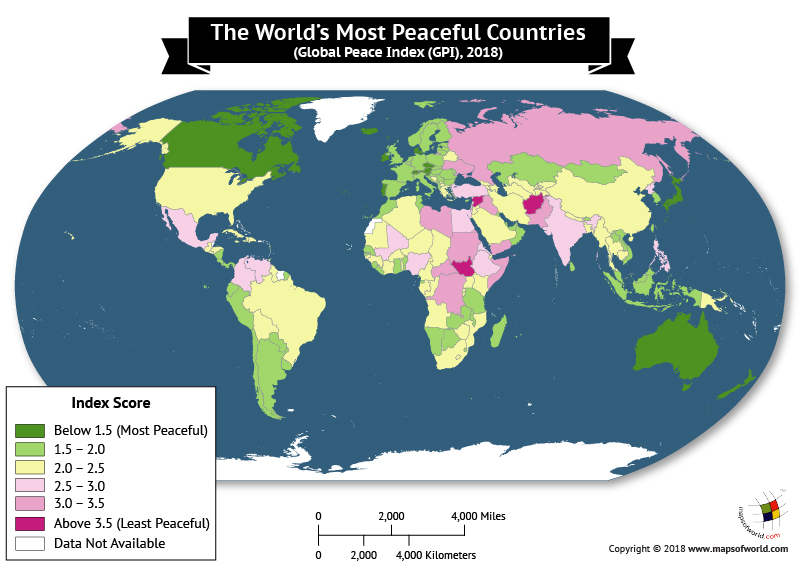 The Global Peace Index measures the relative position of nations’ and regions’ peacefulness. This index is released by the Institute for Economics and Peace. IEP is an independent, non-partisan, non-profit think tank dedicated to shifting the world’s focus to peace as a positive, achievable, and tangible measure of human well-being and progress.

As per the report, there is a fall in the level of peace around the world, marking the fourth successive year of deteriorations. The 2018 report is the twelfth edition of the Global Peace Index (GPI) and it ranks 163 independent states and territories according to their level of peacefulness. The report reveals that 92 countries deteriorated while 71 countries improved their score.

Here is a table representing the global ranking of countries as per the 2018 report by the Institute for Economics and Peace.