What are the ancient sites damaged by the ISIS? - Answers 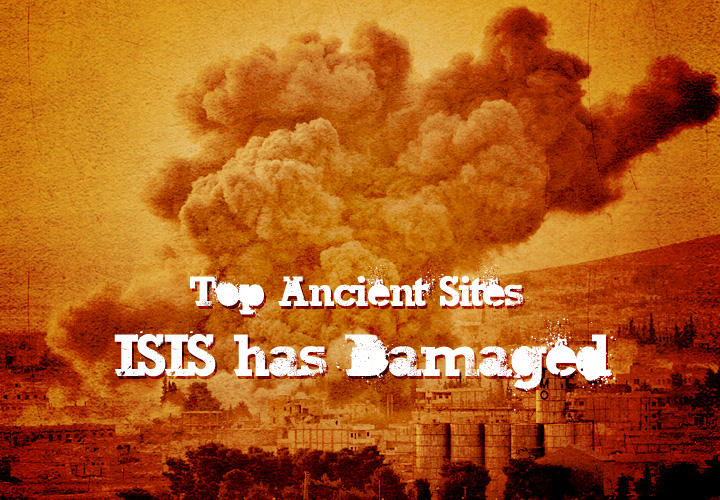 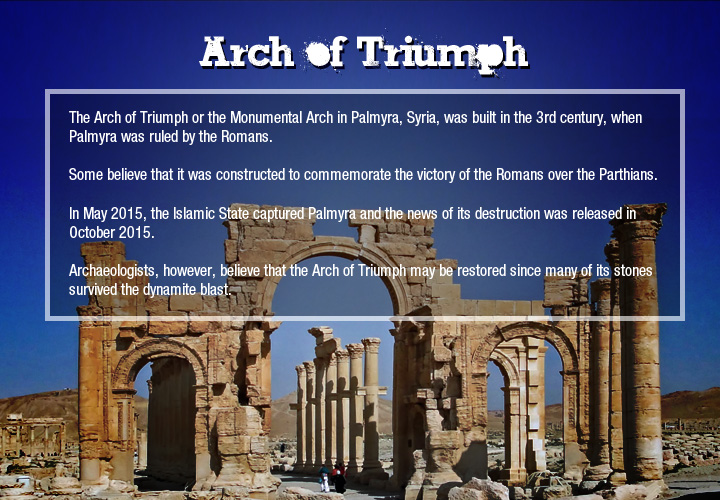 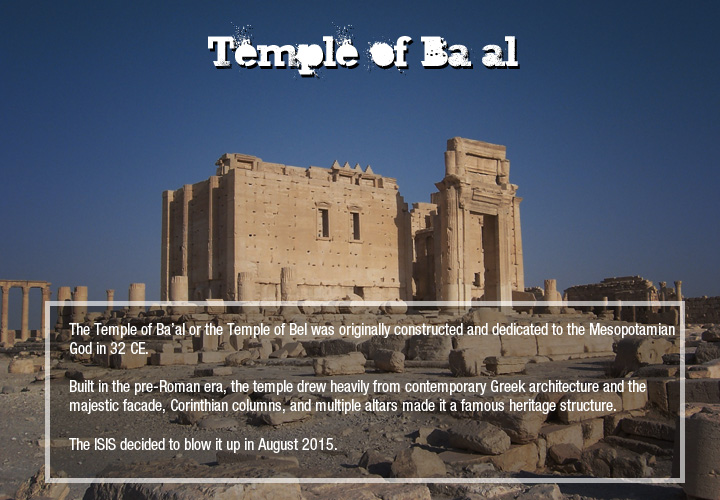 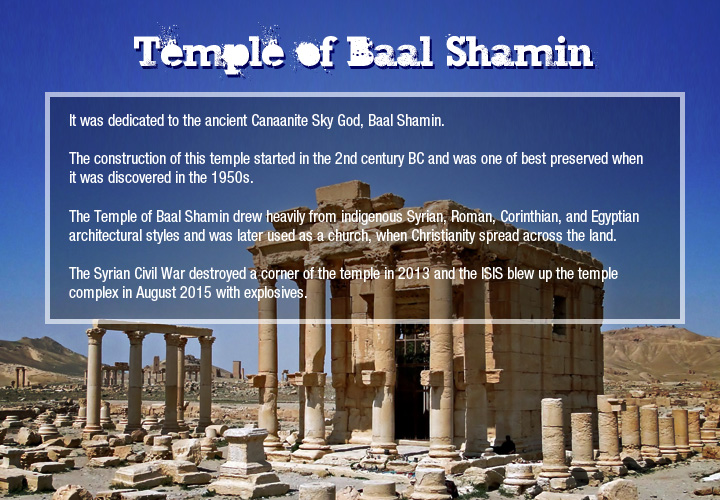 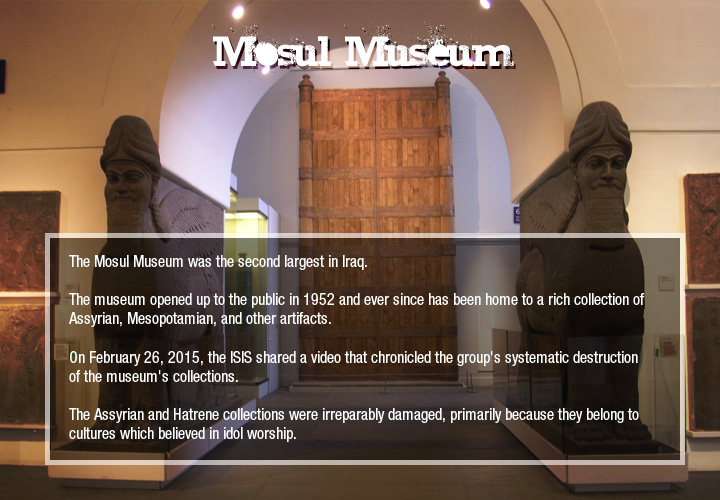 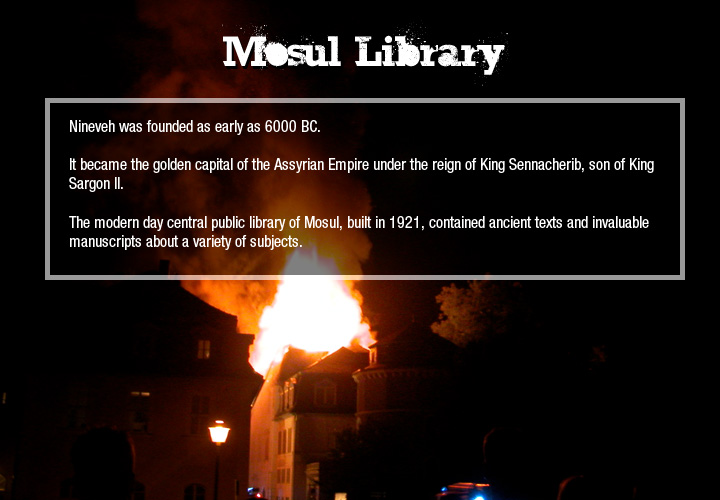 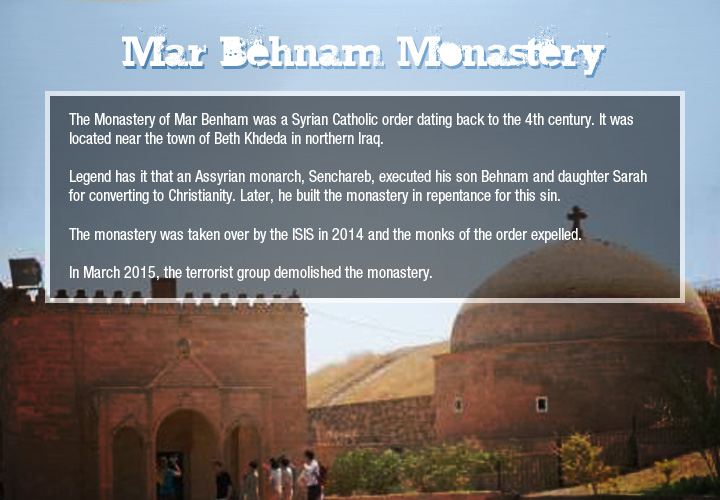 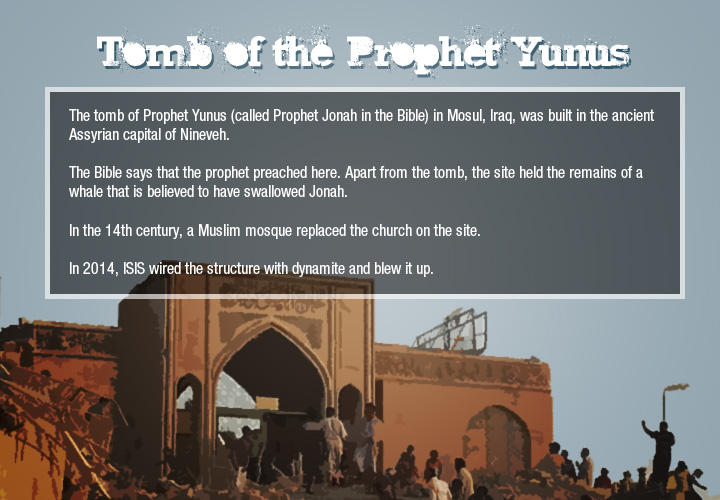 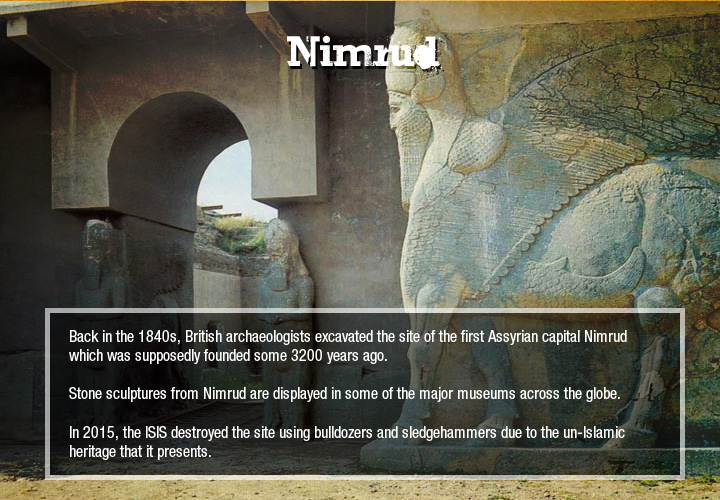 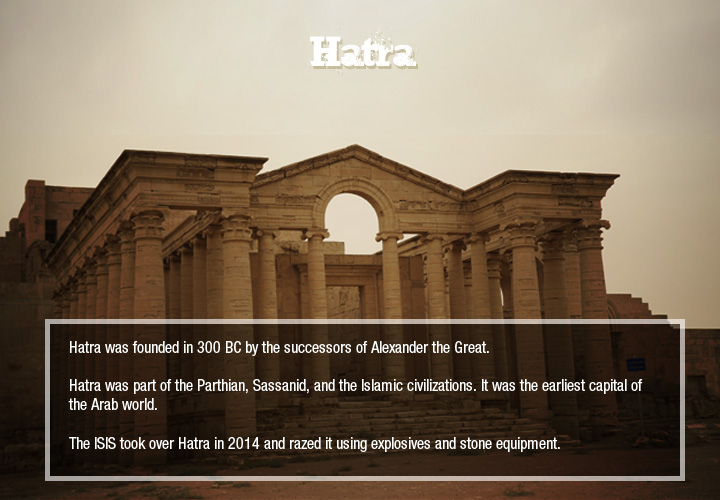 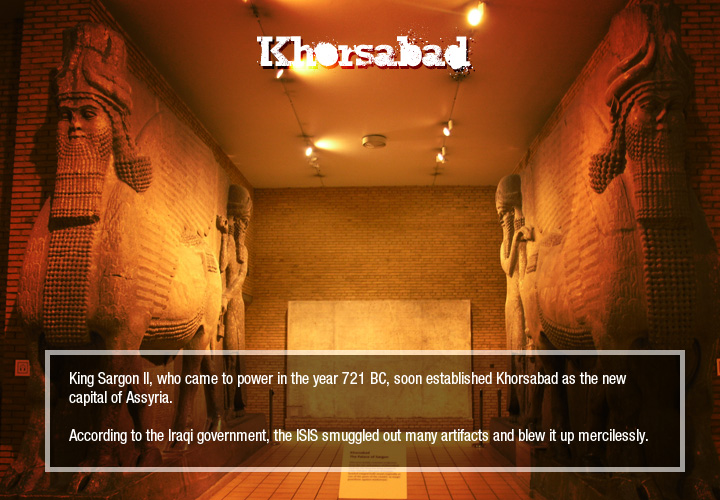 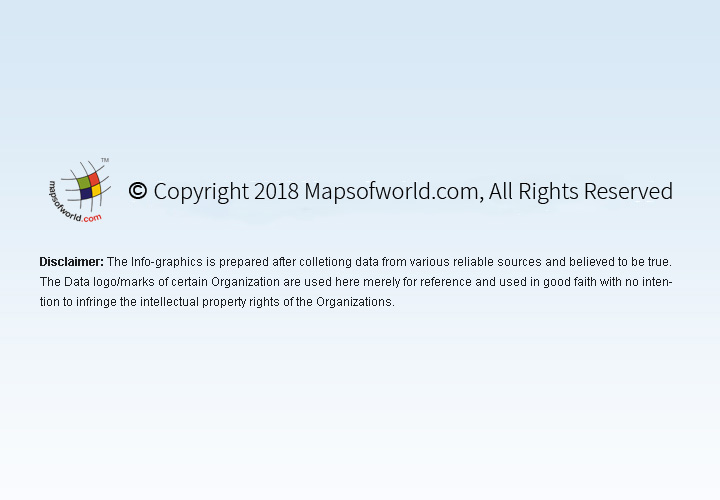 Alternatively known as the Arch of Septimius Severus, the Arch of Triumph was built in the 3rd century, when Palmyra was ruled by the Romans. It is believed to be constructed to commemorate the victory of the Romans over the Parthians. The arch was designated the UNESCO World Heritage Site in 1980 but in October 2015 it was destroyed when the Islamic State captured the ancient city of Palmyra after a prolonged siege. Despite the dynamite blast, a few stones of the arch still survived which opened up hopes of restoration.

The Temple of Ba’al or the Temple of Bel was one of the main centers of religious life in ancient Palmyra. The temple was originally constructed and dedicated to the Mesopotamian God in 32 CE. Built in the pre-Roman era, the temple drew heavily from contemporary Greek architecture and the majestic facade, Corinthian columns, and multiple altars made it a famous heritage structure. That is, till ISIS decided to blow it up in August 2015. It could have been the hunt for ancient gold or the opposition to idolatry – whatever the reason; one of the finest samples of ancient Greek temples was destroyed.

It was dedicated to the ancient Canaanite Sky God, Baal Shamin. This is a 2nd-century temple yet it was one of best preserved when it was discovered in the 1950s. The Temple of Baal Shamin drew heavily from indigenous Syrian, Roman, Corinthian, and Egyptian architectural styles and was designated the UNESCO World Heritage Site in 1980. It was later used as a church, when Christianity spread across the land. The Syrian Civil War destroyed a corner of the temple in 2013 and the ISIS blew up the temple complex in August 2015 with explosives.

The Mosul Museum was the second largest in Iraq. The museum opened up to the public in 1952 and ever since has been home to a rich collection of Assyrian, Mesopotamian, and other artifacts. On February 26, 2015, the ISIS shared a video that chronicled the group’s systematic destruction of the museum’s collections. The Assyrian and Hatrene collections were irreparably damaged, primarily because they belong to cultures which believed in idol worship. A number of artifacts from the museum are believed to have been moved to Baghdad before ISIS took control and yet, many others were savagely destroyed.
Mosul Library

Nineveh or modern-day Mosul was one of the greatest cities of the ancient world. The city was founded as early as 6000 BC and became famous as a cultural, economic and religious center. It became the golden capital of the Assyrian Empire under the reign of King Sennacherib, son of King Sargon II. “Nineveh, with its heterogeneous population of people from throughout the Assyrian Empire, was one of the most beautiful cities in the Near East, with its gardens, temples, and splendid palace”, says historian Gwendolyn Leick. The modern-day central public library of Mosul, built in 1921 contained ancient texts and invaluable manuscripts about a variety of subjects. With its destruction by the ISIS, there is a lot about human history that we will never know.

As a penance for killing his son and daughter, King Senchareb ordered to build the monastery during the 4th century. It is located near the town of Beth Khdeda in northern Iraq. Dedicated to king’s son and daughter, it was also known as the Monastery of the Martyrs Mar Behnam and Marth Sarah who converted to Christianity and were killed for the same. The monastery has been a faithful symbol of Christianity guarded by the Catholic Syriac monks for years. However, in 2014 ISIS decided to attack it to remove all signs of Christianity from Iraq and the tomb of Behnam was badly damaged along with the symbols of Christianity. Fortunately, in the past two years it has been preserved as the  Jihadists took over the monastery as their headquarters.

Tomb of the Prophet Yunus

The tomb of Prophet Yunus (called Prophet Jonah in the Bible) in Mosul, Iraq, was built in the ancient Assyrian capital of Nineveh. The Bible says that the prophet preached here. In addition to the tomb, the site held the remains of a whale that is believed to have swallowed Jonah. In the 14th century, a Muslim mosque replaced the church on the site. In 2014, ISIS wired the structure with dynamite and blew it up. The act was a supposed assault on Christianity and also interpreted as a stand against any form of veneration of prophets as dictated by the extreme form of Islam that the ISIS practices.

Back in the 1840s, British archaeologists excavated the site of the first Assyrian capital Nimrud, which was supposedly found some 3200 years ago. Stone sculptures from Nimrud are displayed in some of the major museums across the globe. Nimrud was the center of the Assyrian civilization and forms a very important part of the history of human civilization. It finds mention in the Old Testament as well. In 2015, the ISIS destroyed the site using bulldozers and sledgehammers due to the un-Islamic heritage that it presents. The destruction of Nimrud comes as a big shock to historians across the world.

Hatra was founded in 300 BC by the successors of Alexander the Great. The city is one of the finest samples of a fortified township from the ancient world and was designated the UNESCO World Heritage Site in 1985. It was the earliest capital of the Arab world. Not only did it withstand the attacks of the Roman Empire but also was almost untouched despite the ravages of history. Hatra was a part of the Parthian, Sassanid, and the Islamic civilizations. The city assimilated Roman, Greek, Parthians, and Arab influences and grew into a beautiful medley of culture and development.  The ISIS took over Hatra in 2014 and razed it using explosives and stone equipment.

One of the most glorious chapters of ancient human civilization is the reign of King Sargon II who came to power in the year 721 BC. The king soon established Khorsabad as the new capital of Assyria. The structures and sculptures of Khorsabad are a testimony to the growth and glory of human history. The antiques from this era are coveted displays in many important museums. Though Khorsabad did not remain the capital for very long after the death of Sargon II, the city was believed to be the most beautiful in the world when its golden years lasted. According to the Iraqi government, the ISIS smuggled out many artifacts from this ancient site and blew it up mercilessly destroying a golden chapter of history.