What are the most safest nations in travel industry? - Answers 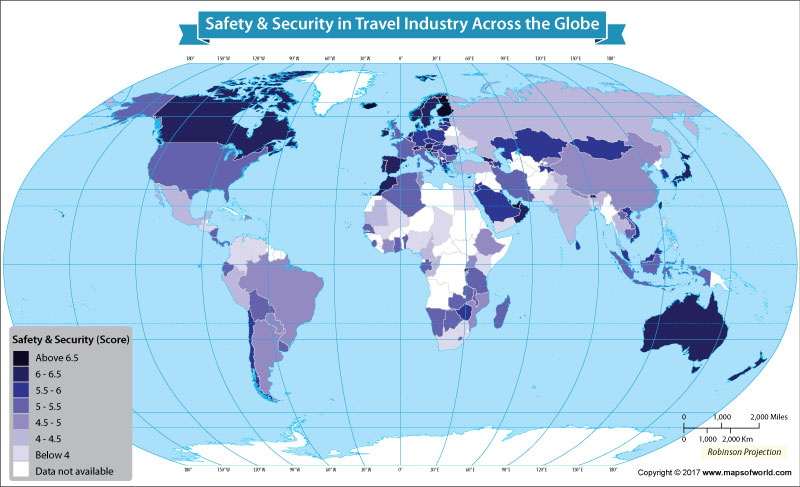 Safety and security is an important sub-section of the Travel and Tourism Competitiveness Report’s Enabling environment section. How safe and secure a nation is determines how many tourists would visit that particular country. The safety and security pillar was measured based on reliability of index of terrorism of incidence, business costs of crime and violence, police services, and business costs of terrorism and homicide rate. Countries have scored on a scale between 1 and 7.

Counties which did well in the safety and security pillar of the 2017 Travel and Tourism Competitiveness Report and scored between 6 and 6.5 were Switzerland, Rwanda, Austria, New Zealand, Morocco, Australia, Canada and others. Interestingly, the United Kingdom was placed at the 78th  spot with a score of 5.34, while France was slightly better off at the 67th  rank with a score of 5.43. Though the United States is a popular destination, it came at the 84th  spot with a score of 5.23.   China and India were placed at the 95th and 114th rank with scores of 4.99 and 4.12.

Meanwhile, nations such as South Africa, Bangladesh, Lebanon, the Philippines, Ukraine, Pakistan and a few others did not fare very well on the safety and security parameter. These nations had a score of less than 4. Colombia was the least safest country with a score of 2.59.