What are the popular places to visit in Budapest? - Answers

Europe’s second largest river, the Danube, pierces through the city of Budapest whose saga straddles several epochs – from the ancient Roman Empire to uprisings in the mid-20th century. The Turks have lent their elegance to the city in the form of mosques and baths. Standing amidst the remnants of the world wars, Budapest is an ebullient image of Central Europe. It is a key political, economic, and cultural center of Hungary.

Places to Visit in Budapest 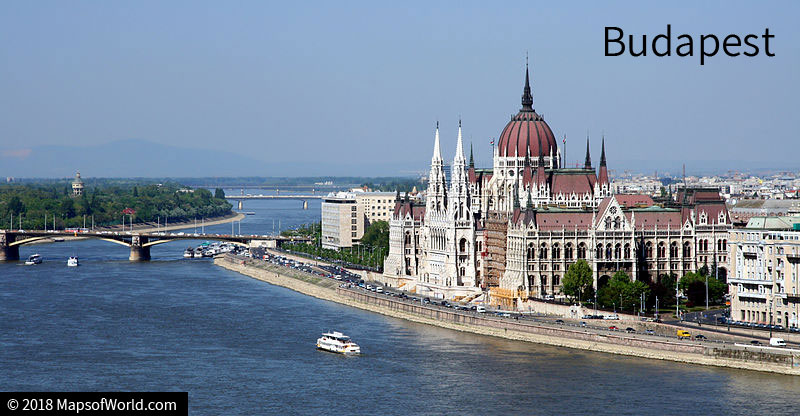 Margaret Island – This 1.5-mile-long island surrounded by Danube River is at the heart of Budapest. Its landscape is mostly covered by parks, The Water Tower, and Music Fountain. A UNESCO World Heritage site, this place is a paradise for recreational activities.

Buda Castle – Standing atop Buda Hills, Buda Castle is now recognized as a UNESCO World Heritage Site. This castle was rebuilt after World War II. The historic architecture of Matthias Church, a labyrinth of caves, and cellars of this castle make it a must-visit place in Budapest. The seven towers of Fisherman’s Bastion terrace offer a spectacular view of the city.

Hungarian State Opera House – The auditorium of this opera house is considered to have the best acoustics. Neo-Renaissance structures, ornate galleries, grand staircase, theater, and musical events are a lure for travelers. Guided tours in afternoons are offered in different languages.

Andrássy Avenue – The most famous boulevard in Budapest runs from city center to city park.

Hősök tere (Heroes’ Square) – Millennium Memorial landmark is the highlight of this place and is surrounded by two other prominent buildings – Hall of Art (on right) and Museum of Fine Arts, under reconstruction (on left).

Hungarian Parliament Building: This is the seat of Hungary’s National Assembly. The building holds the title of the largest one in Hungary and the tallest one in Budapest. This historic building impresses with its central dome and a symmetrical façade.

Fisherman’s Bastion: This neo-Romanesque and neo-Gothic style terrace is situated on Danube’s Buda bank. It has 7 towers which represent the seven Magyar tribes which settled in Carpathian Basin in 895. There also awaits an awe-inspiring panoramic view of the Danube from the terrace for you.

To discover Budapest inside out, you should visit the House of Terror, Chain Bridge, world’s third largest Parliament Building, Europe’s largest Dohány Street Synagogue, and Citadella.

Things to Do in Budapest

Sightseeing – Spend a few hours on sightseeing and walking tours of Castle Hill. Buda’s Castle District is a prominent area with many tourist attractions within walking distance. More of a cultural move rather than a memorial, Shoes on the Danube Bank (on the east side) is a homage to the lost lives in World War II.

Choosing a Ferry Ride – A little over an hour-long boat tour in Danube River lets you discover why Budapest is called “Paris of the East.”

To catch a glimpse of royal Hungarian hospitality, stay at any of the luxury hotels like New York Palace, Corinthia Hotel, and IBEROSTAR Grand Hotel Budapest. If you are looking for mid-range accommodations, check in at Medosz Hotel, Hotel Chesscom, Pension Hotel Oswaldo, and Aventura Boutique Hostel and Apartments Budapest. For budget accommodations, easyHotel Budapest Oktogon, Hotel Zugló, and Central Hotel 21 are recommended.

Hungarian Cuisine is famous for its use of Paprika chili pepper. From savory Goulash to mouth-watering desert of Dobos-torte, food lovers would have something special to treat themselves. The Zeller Bistro, Bors Gastro Bar, Walzer Cafe, Gundel, and Kéhli Vendéglő are some of the noted restaurants in the city.

From March to May and August to November, Budapest witnesses a relatively mild weather. During these months, travelers can attend the Sziget Festival, Budapest Spring Festival, and Budapest Wine Festival.

By Air – Located about 10 miles from the city center, the Budapest Ferenc Liszt International Airport (BUD) is well connected with all major European cities. The airport is accessible via the public transport system of the city.

By Road – All roads lead to Budapest is the mantra of all leading motorways in Hungary. Well-planned public bus routes connect all suburban city centers. Moreover, Trams run through all the main districts of Budapest and provide services from 4:00 AM. till midnight.