What are the religious diversity scores of the nations? - Answers 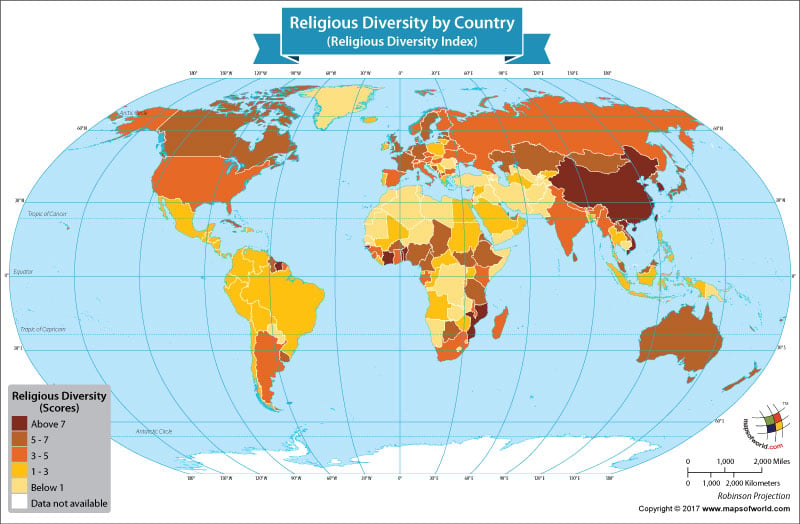 In 2014, Pew Research released the Religious Diversity Index for all nations of the world. The Index measures the religious diversity across more than 200 nations and territories around the world. The index is based on the percentage of population of each nation that follow the eight major religions. This includes the five main religious groups – Christianity, Islam, Judaism, Buddhism, and Hinduism – as well as followers of folk or traditional religions, religiously unaffiliated and those belonging to the remaining religions. Each country that is included in the list receives a score with 10 being the highest, if every of the eight religious groups represent an equal share in the population. Higher the score of a nation, higher is the diversity.

The countries that stand midway and have scored between 3 and 5 were Russia, Kuwait, Israel, the United States, India, Austria, Nepal, Ukraine, Bulgaria, Spain, among others. The least religiously diverse nations with scores of less than 1 were Azerbaijan, Libya, Pakistan, Senegal, Jordan, Algeria, Maldives, Malta, Afghanistan, etc. Meanwhile, Morocco, Tokelau, and the Vatican City were ranked at the bottom with scores of 0.

The table below provides information on how each nation has scored on the Religious Diversity Index.