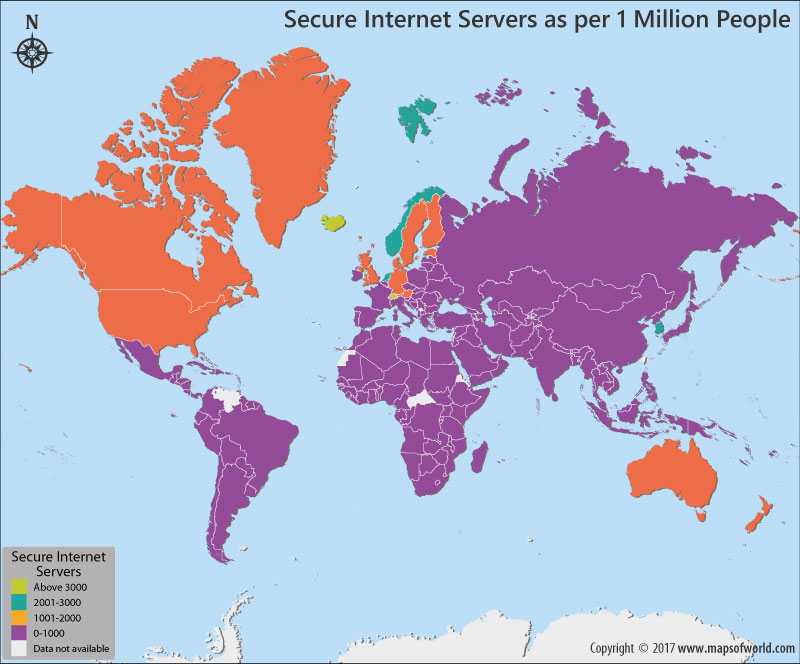 Have you ever had a nightmare where you see all your data or money being stolen just because you had unfortunately logged into an insecure server? Well, if you are living in these countries like Korea Democratic People’s Republic, Chad or Niger  then bad dream of yours might just come true. As in these countries there is a strong possibility that you may hardly come across a secure internet server.

Consider yourself somewhat lucky if you are living in countries like Ethiopia, Guinea, Guinea-Bissau, Liberia, Sierra Leone, Somalia, South Sudan, Sudan and Yemen Republic  as here the data suggested that the number of secured internet servers ranged between 1 to 4. In India, the figure stood at 188 secured internet servers per one million people. Meanwhile, China was ahead of its neighbor with 447 servers per million people. Still, both India and  China  need to invest better in installing secure servers.

However, you are really lucky if you are living in British Virgin Islands With a whopping 330,716 secured internet servers per one million people, the possibility of the residents’ data being subjected to risks is negligible. Coming at the second spot on the higher end was Seychelles where there were 264,257 secured internet servers per million people. Nations such as  Switzerland, Iceland and Monaco showed figures of 68,137, 64,606, and 10,651 respectively.