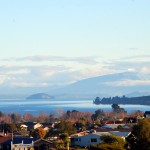 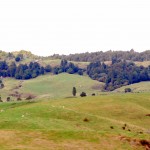 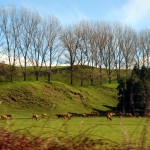 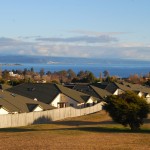 Taupo is a riverside town unhurried by the bustle of everyday life; where the day begins with the serene gurgling of a large freshwater lake, and nights end with bonfires. It is an urban paradise where worries float away in the waters of the clear blue Lake Taupo, the town’s patron lake.

Things to Do in Taupo

With a variety of water bound activities like jet boating, water skiing, kayaking, whitewater rafting, and world-class fishing, the adventurist will never get bored in this town. Set sail to history in ancient Maori rock carvings at Mine Bay, which can only be seen from the water. Or, lie in wait as you cast the bait for some of the finest trout at Turangi, the largest natural trout fishery in the world.

Even if you are more of a land mammal, this resort town has plenty to offer you. Take a walk down the Craters of the Moon, which takes you down a mythical world of colorful soils, steam vents, and explosive bubbling craters. This also tells you the story of Lake Taupo’s fiery birth in the geysers and boiling mud pools. As you walk north of Lake Taupo, be awed by the magnificent Huka Falls, and watch 220,000 liters of water thundering off a cliff every second. This is New Zealand’s most popular tourist attraction.

Explore the Tongariro National Park filled with 80,000 hectares of hot springs, emerald lakes and alpine meadows. This Park was gifted to the nation by Maori chief, Te Heuheu Tukino IV in 1887 and it achieved World Heritage status a hundred years later. Filled with three active volcanoes, the most popular activity in the Park is the Tongariro Alpine Crossing, a one-day trek through the otherworldly terrain of the three mountains. Walk past old lava flows, steaming craters and thermal lakes into an unforgettable journey. If you enjoy skiing, don’t forget to visit the Whakapapa and Turoa ski fields.

Famous Taupo attractions also include the Taupo Motorsport Park and the Orakei Korako Geyserland. This town is known as the Home of New Zealand Motorsport. With a certified NZDRA drag strip and an international FIA Category 2 race circuit, Taupo hosts several world-class motorsport events like the Powercruise and Motorcycle Track Day. Visit any of these events for a race of adrenaline.

A 25-minute drive from Taupo, the Orakei Korako is a hidden valley filled with gushing geysers, hot springs and some of the rarest silica terraces in the world. Walk down the secret lair of the thermal Ruatapu Cave that takes you to the mystic Pool of Mirrors or ‘Waiwhakataa’ at the bottom. This is a walk you will remember forever.

In addition to this, you can also take part in the Lake Taupo Cycle Challenge, New Zealand’s premier cycling event that tests your limits and challenges your spirit. Every year, people from over 20 countries participate in this event that has something to offer to the casual weekend rider as well as the mountain biking enthusiast.

If on the other hand, you like to skydive, Taupo is the best place for you. Jump from an aircraft at 15,000 feet in the air and free-fall into the world’s most stunning drop zone at Taupo Tandem Skydiving. See life through new eyes, as you take in the breathtaking beauty of snow-capped mountains and the fresh blue Lake Taupo. And as you descend into a safe canopy landing, breathe in true freedom.

It is situated at the north-eastern part of Lake Taupo, at the outlet where it flows into the Waikato River. It is located in North Island, New Zealand.

With a variety of air charters, bus and coach services, it is a pretty popular tourist spot. The nearest airport is Taupo and it takes only about 11 minutes to travel from the airport to town. Backpacker transport options include motor homes and rental cars. If you are an enthusiastic cyclist, you can also choose to travel to Taupo by mountain bikes. Transport passes offer visitors an inexpensive option to combine transport with accommodation.

As compared to other parts of North Island, its weather is cold and dry, leading to severe frost during winter. Rainfall is seen during May to September, December and March with March seeing the highest rainfall. February is the warmest month while August is the coolest one. November to March is the best time to visit.