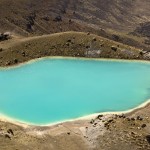 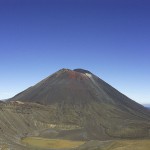 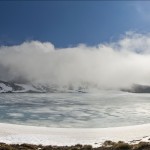 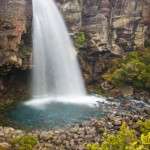 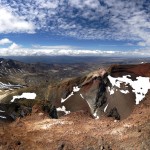 A wonderful place for explorers and wildlife enthusiasts, Tongariro National Park is New Zealand’s oldest national park. Contrasting topography of volcanic plateaus and mountain peaks dominates the landscape. The worth of this National Park transcends beyond flora and fauna. It is one of the rare sites in the world that is significant both for its natural and cultural heritage. The landlocked national park is of great religious importance to the Maori people.

This beautiful landscape and homeland of Maori tribe was given as a gift to the country. It was established in 1887 as the fourth national park in the world. Later in 1991, the place was declared a UNESCO World Heritage Site.

Hiking, camping, and climbing in summer and skiing and snowboarding in winter are most popular activities within the park.

Tramping and Camping – For those who prefer to explore on foot, Tongariro Northern Circuit, Tongariro Alpine Crossing, and Mangapurua walkway are among the great walks in Tongariro National Park. The Park also has a wide range of short hiking trails.

Skiing – A paradise for skiers in New Zealand, this park features ski-club huts and lifts for skiing. Each covering an area of about 5 sq. km., Whakapapa and Turoa, are two of largest ski resorts in New Zealand.

Kayaking and Water Rafting – Hop into a kayak on New Zealand’s third longest river – Whanganui – to unravel the tales of this park. The Tongariro River is the place to go for trout fishing and water rafting.

Sightseeing – From volcanic craters and rare bird species to green-coated Pahautea trees, every moment in the park throws surprises.

Going on Film Location Tours – Such tours are arranged by tour operators for Emyn Muil rocks in the park where the famous trilogy of the Lord of the Rings was filmed.

Where is Tongariro National Park ?

The National Park is located at the central region of North Island in New Zealand. The Tongariro National Park Visitor Center, located in Whakapapa Village, is the gateway to the Park.

By Air – The airport in Waiouru town is closest to the Park. It is 25 km from the Mount Ruapehu and connected with State Highway 1 via Shawcroft Road.

By Train – If you prefer the beautiful canvas of countryside, the National Park Railway Station in the village of National park is the best option to reach the Tongariro National Park. Okahune Station is another option available.

By Road – The Tongariro National Park is connected by Highway 46, 49, 1, and 47 and 4 in North, South, East, and West respectively. On State Highway 49, Okahune is the nearest town from this park. It is the main hub for skiing in winters.

Winter lasts from June to early November. During this season, heavy snowfall makes the setting conducive for skiing and snowboarding. From December to May, spring injects a colorful life to flora and fauna of the National Park. This is the best time to enjoy hiking, tramping, and kayaking adventures.