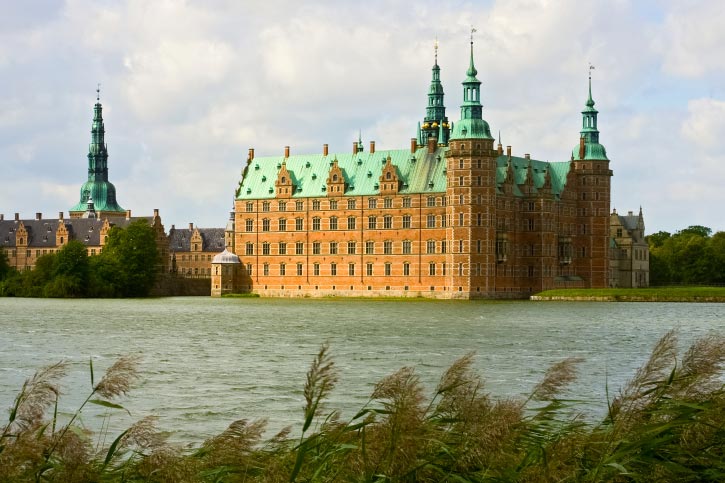 A Picture of Frederiksborg Castle in Hellerod, Denmark

Denmark is situated in northern Europe and it remains surrounded by the North Sea, the Baltic Sea, and Germany. Most of the landmass of this country is occupied by the Jutland peninsula and the remaining 500 islands cover the rest of the country. Denmark, one of the smallest Scandinavian countries, sprinkles a distinct charm with vivacious cities and quiet rustic villages.

The most fascinating attraction in Denmark is the capital Copenhagen, which is one of the most vibrant cities in the world. Intriguing sightseeing attractions of Denmark include Tivoli Gardens, Copenhagen, Aarhus, Odense, Sonderborg, Aalborg, Ribe, Vejle, Randers, Skagen, Fredrikshavn, Billund, and Silkeborg. Apart from these major tourist destinations, the whole country of Denmark is stuffed with various attractions like parks, gardens, squares, and fountains entertain the tourists who assemble here from different corners of the world.

Generally, people visit Denmark by air, but one can also prefer the sea or land route. Denmark is served by two major and several minor airports. The airport is connected by train to Copenhagen Central Station, and further to Malmo and the other towns in Sweden. Buses and taxis are also available from here for tourists. Sterling, SAS Scandinavian, and others connect Copenhagen with many cities in Europe and beyond. Easy Jet serves Copenhagen from London and Berlin. British Airways offers regional services to Oslo, Gothenburg, and Stockholm. Sterling and others connect the region with several cities in Europe.

If you wish to reach Denmark by train, you must know that there are five direct trains per day from Hamburg to Copenhagen. It is for approximately every two to three hours. These trains are loaded onto a ferry for the sea passage from Puttgarten to Rodby. The total journey time is around 4.5 hours. There are also two train lines to Jutland from Hamburg, one via Padborg and the other via a place called Tonder. Trains run every twenty minutes from Malmö to Copenhagen.
Buses are another option to travel to Denmark. Graahundbus, Eurolines, and Midttrafik run buses between all the European, and Danish destinations.

Tourists coming to the country for a holiday or business may choose ferry to reach here. Scandlines run ferries from Puttgarden to Rodby on Lolland and from Rostock to Gedser on Falster. They ferry from Sassnitz to Rønne on Bornholm also. These rides are enjoyed by tourists.

Other than DSB there are several small rail lines operated by other companies. However, Danish trains are very comfortable, very modern, and very expensive. Most trains have 230V power outlets.

Travel in Denmark is also possible by ferry. This is the best way to reach the smaller islands. Ferries are the easiest way to get to Bornholm, a Danish island in the Baltic Sea, though it can be reached by plane also.

Car and bicycle are two other means of getting around. There are many no toll-roads except the two big bridges: Storebæltbroen between Zealand and Funen (DKK 200 one way), and Oresundbroen between Copenhagen and Malmo (DKK 235 one way). Biking in Denmark is also safe and easy. All major cities have bike trails along most roads. However, biking on the highways is prohibited which includes the Great Belt Bridge and the Oresund Bridge. Scandinavian Airlines, Danish Air Transport, and Cimber Air are the airlines that operate domestic routes in Denmark.

The Night Film Festival, also called the Natfilm Festival, takes place over 10 days in March. It features more than 100 Danish and international films in their original languages. The three-day Copenhagen Carnival is held over the Whitsunday weekend. Usually, that falls at the end of May or early June. During this time the streets are filled especially that of the city center with parades, samba dancing, and other organized festivities.

Beach bonfires are also a common sight. The beach bonfires are lit up all around the country on the midsummer eve. It is also called Sankt Hans Aften. The adventure seekers should head towards the north of Copenhagen. It is here that Denmark’s most important horse race, the Danish Derby is arranged. The Copenhagen Jazz Festival continues for 10 days in early July. Tourists who like a chamber or classical music can hang out for the Sommerkoncerter i Vor Frue Kirk. This means Summer Concerts in Vor Frue Kirk in English. These summer concerts are held throughout August.

In late August, the Danish capital plays host to the Golden Days in Copenhagen, with art exhibits, poetry readings, and theatre focuses on Denmark’s ‘Golden Age’. Christmas is a big celebration in Denmark. At this time it is hard to escape the numerous feel-good community fairs, no matter where one is. Public holidays in Denmark include New Year’s day, Maundy Thursday (Thursday before Easter), Good Friday (Friday before Easter), Easter Monday, Common Prayer Day (fourth Friday after Easter), Ascension Day, Whitsunday (the 7th Sunday after Easter), Whitmonday (eighth Monday after Easter), Constitution Day (5 June), Christmas Eve (from noon), Christmas Day and Boxing Day (26 December). So, travelers can pay a visit at this time for unlimited fun. 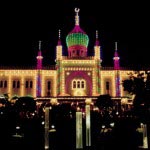