Best Places to visit in August

August is usually the busiest month in terms of tourism in most of the countries, especially in Europe and expectedly, the prices shoot up. This means that any smart traveler should pre-plan and make reservations beforehand. There are plenty of places and events that deserve to be visited this month. The US plays host to the Sturgis Motorcycle Rally, one of the largest motorcycle rallies in the world. Meanwhile, the Indian Subcontinent is in the middle of the Monsoon season and many festivals are being celebrated. Scotland is experiencing beautiful weather that’s perfect for festivals and events while Spain gears up for the La Tomatina Festival. Checkout the list of best places to visit in august:

The month of August is a beautiful time in the United States and many people tend to go on road-trips to make the most of the beautiful weather. No wonder that August is the month when the Sturgis Motorcycle Rally is held. Every year, the small town of Sturgis is taken over by riders from all over America and some from other parts of the globe. They come together to celebrate the joy of motorcycles and the freedom of the open road though music concerts, competitions, and more. The rally started back in 1938 and except for a few years during World War II, has happened every year. In 2011, nearly 417,000 people participated in the event! No doubt United States will always be the best destination to visit in august. 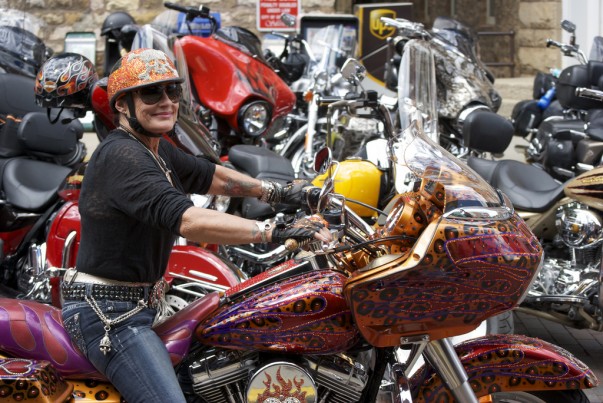 The month of August is usually a low season for tourism in India as much of the country is gets drenched due to steady Monsoon rains. However, this also means that the hotel prices are low and crowds are almost non-existent. During this time, the South Indian state of Kerala celebrates the festival of Onam. This festival is celebrated for two reasons. Not only is it a harvest festival, but is also a celebration of the reincarnation of Lord Vishnu as Vaamana (midget) form. During the Onam festival, you will be able to dig into some delicious Onam Sadya and if you find yourself in the city of Thrissur, you can check out the Tiger Dance as well as the world-famous Snake Boat race. 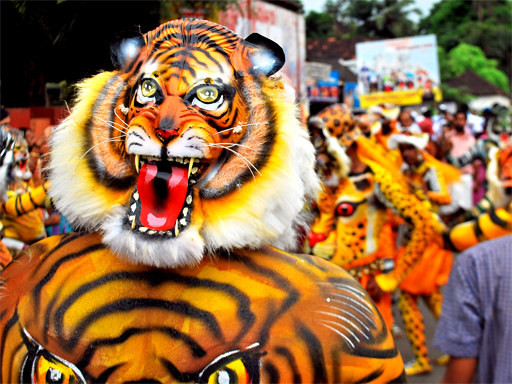 Be a part of the colorful celebrations during Onam

The month of August is generally the warmest in the country and as such the citizens of the country make the most of the sunshine by engaging in as many outdoor activities as possible. Scotland already has a plethora of castles that deserve your attention, but the Edinburgh Festival Fringe is the place to be during August in Scotland. During the three week duration of the festival, more than 3,000 events will be hosted including dance, circus, opera, musicals, cabaret, comedy, and much more. 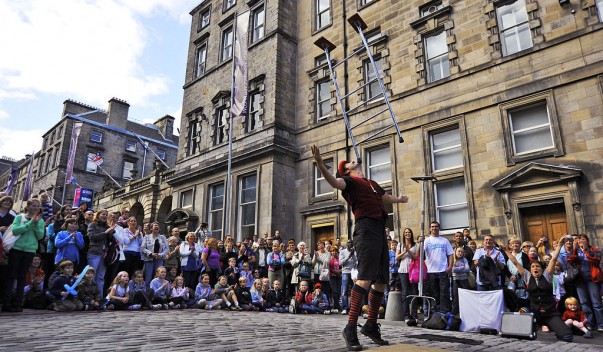 One of the best things about visiting Spain is that you will never find yourself lacking in things to do. The country is blessed with stunning beaches, marvelous architecture and a rich culture. However, during August, the tiny town of Buñol becomes the staging ground for what is essentially one of the biggest food fights in the world. During the La Tomatina Festival, more than a hundred metric tons of tomatoes are thrown about in the streets by thousands of participants, effectively painting the town red in their own unique way.

Must Read : Top things to do in Spain! 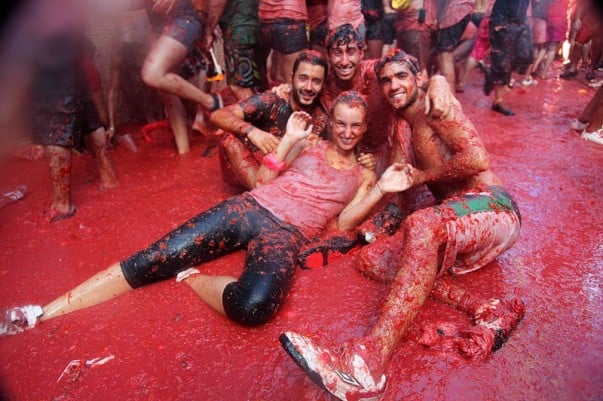 Have lots of Fun at La Tomatina

Like India, Sri Lanka is also in the grips of the Monsoon season during August. However, the intrinsic beauty of the country cannot be washed away by rains. The country is home to numerous beaches, thick forests, herds of elephants and much more. During August, Sri Lanka celebrates one of its most important festivals, the Kandy Esala Perahera (the festival of the tooth of the Lord Buddha). To honor the Lord, a parade of the caparisoned elephants is conducted with the sacred relic (tooth) being placed on top of a tusker with fire dances, Kandian dances, and whip dances performed in front of it. 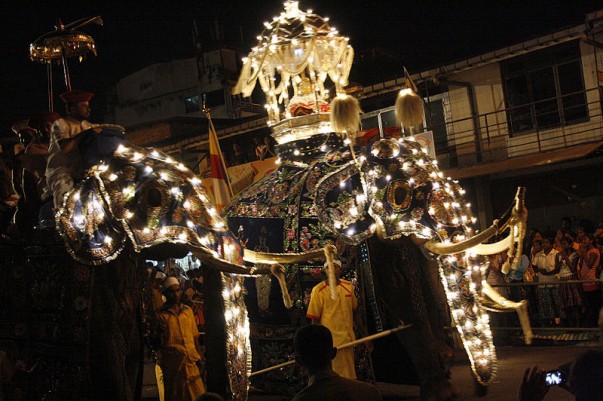 
Jun 30, 2020 | By Aditi| Travel Tips | Best Places To Visit In August, Festivals and Events in August, Holidays in August | 1 Comment

« Five Best Tiger Reserves in India You Must Visit
One Comment