Nizam's is a blessing to any non-vegetarian person who has braved the streets of New Market, Kolkata. When we reached Nizam's in New Market, we were famished- partly from walking in the crowded market roads and partly from the thought of all the shopping that was yet to be done.

Standing just a couple of buildings from the famous Aminiya restaurant, the Nizam's restaurant in the middle of New Market, Kolkata occupies two stores. One serves beef, while, the other, understandably, doesn't.

This is one of those eateries where, soon after you enter, you realize that you have brushed shoulders with a legend. True, to the food lovers of Kolkata- (I sometimes wonder that if we made Venn diagrams, 'people of Kolkata' and 'food lovers of Kolkata'- would represent a single set) - Nizam is a legend that is a part of jostling Kolkata's life. It is a sizable restaurant in the heart of New Market, and every visitor seated at the table or walking in, had this look on his faces that said that, at that moment, he would be at Nizam's rather than anywhere else in the world.

The restaurant is spacious with a set of roughly thirty tables. The eating area can be seen from the road, and this is one reason why people just walk into the restaurant without pausing for a moment- as if the restaurant is an extension of New Market itself. 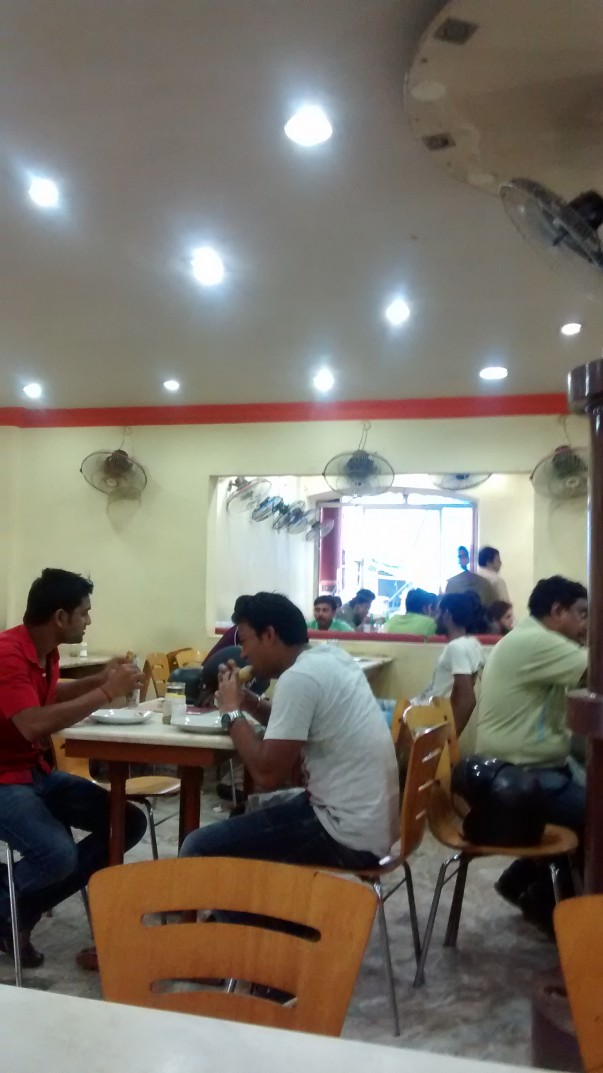 The service here is fast and effective. You will not see the servers kowtowing for a tip. The waiters here are more like subject matter experts who serve you food, as part of their duty. There is something very dignified about the manner in which these servers go about their work. Actually, I have seen this attitude among the working class belonging to the lower strata of the society in all of Kolkata.

Let me say just that this place is great value for money.

Menu and the Food 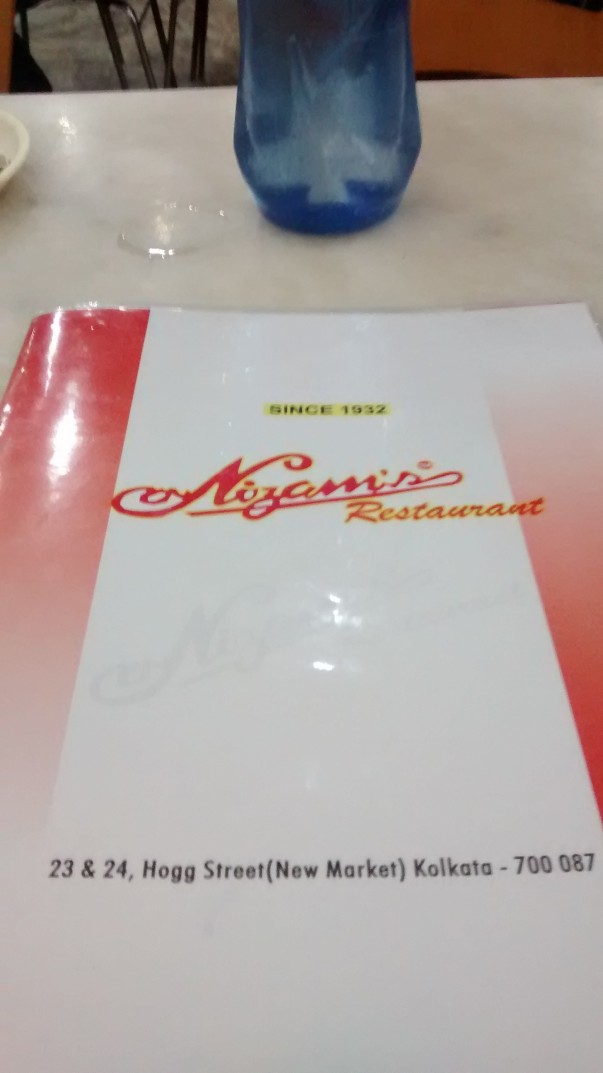 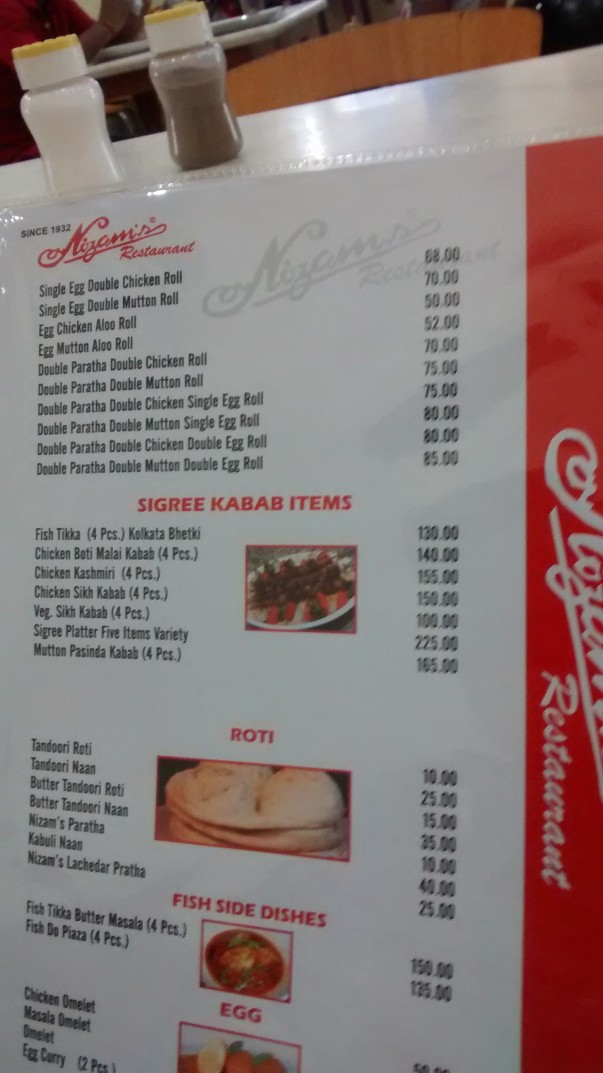 Items on the menu and their prices

The menu is a brightly colored and laminated plastic one. You would expect it to be dirty, thumbed and dog-eared given that the restaurant is right on the road and does brisk business. Surprisingly, it is not. The menu is clean and the names and prices on it, set your appetite going.

This place is famous for Nizam's Biryani. But given my exhaustion level, and the fact that a big packet of Dada- Boudi's Biryani awaited me back home, I wanted to snack on something more immediate and gratifying. This place is even more famous for its mouth-watering rolls. We were two people and ordered an egg-mutton roll and an egg-chicken roll. One thing I will say- Every roll maker in the world should take a lesson from these people in making these crispy, soft, succulent and juicy rolls. When the rolls struck the linings of our intestine, it was an indescribable feeling- like a parched devotee had finally united with the Supreme being. I generally reserve such exalted commendation only for desserts, but for the rolls found here, only superlative adjectives can work. Big and round crispy Parathas had been lined doused liberally on one side with whipped egg, and fried till well done. These are then rolled and stuffed with meat that had been cooked and tempered with nicely fried onions and green chillies in a host of Indian spices.

We had also ordered firni with the rolls. Firni is a sweet dish made with ground rice, thick sweetened milk and dried fruit. I have heard so many people rave about firni, and had tried it at several places in hopes of finding one that would do justice to its reputation. But I never expected to find one here. And how delighted I was to find here the best tasting firni of my life at Nizam's- one unassuming eatery in the bustling New Market area that has been consistently raising the bars for fast food over the last 32 years.

In the middle of the firni, we realized that we were still hungry and could eat some more. Quickly, we ordered the mutton korma, on the advice of a server here who seemed to know what he was talking about. We had wanted to order fish fingers, but he intervened, saying, “You can have fish fingers anywhere. When you are Nizam's you should have our meat.”

Well, so we ordered a plate of mutton korma that arrived piping hot. The mutton was a little seared as per the recipe, and there were a lot many translucent slices of fried onion, and a few slices of lemon to go with it. I squeezed the lemon into my plate of mutton and had the time of my life. We finished off with the remaining firni and set off after paying a small bill. 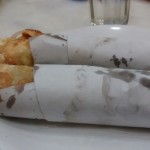 Ordered a pair of egg chicken and egg mutton rolls 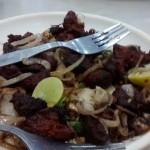 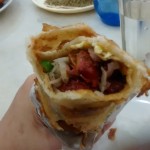 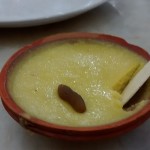 The looks of the firni say it all