How many Stations are there in the London Underground? - Answers 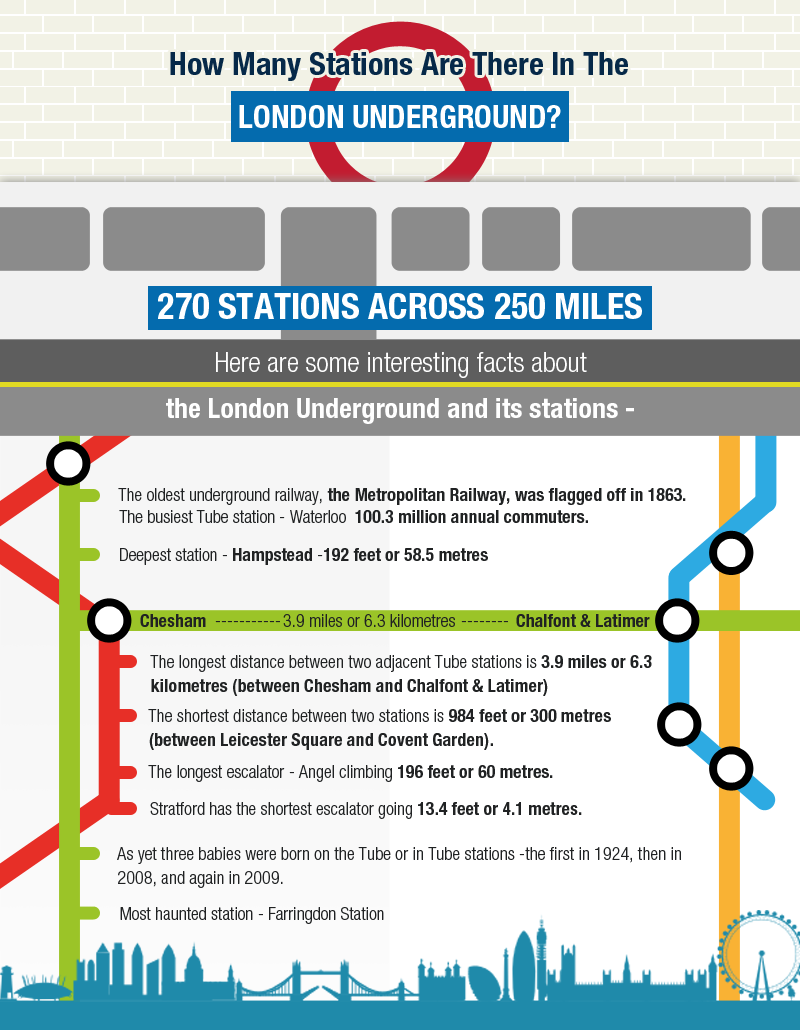 The London Underground, or the Tube, as it is commonly called is the oldest underground railway system in the world. It connects most of London city and also the neighboring counties of Essex, Buckinghamshire, and Hertfordshire. There are 270 stations across 250 miles that are connected by the London Underground. Over 1.37 billion commuters take the Tube each year.